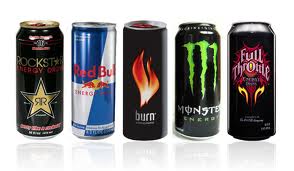 – By Doug West
©2005, The Center for Parent/Youth Understanding

In the past decade several highly caffeinated and sugared beverages, with brand names like “Jolt” and “Surge,” were popular among youths. Over the past several years there has been  the rise of so-called energy drinks, which are legal for underage drinkers and fashionable thanks to celebrity word of mouth. The lure of energy drinks in an increasingly hyper-scheduled culture, and their promise to help consumers keep up with the accelerating pace of life—whether to get/keep the party going or pull an all-nighter—should not be surprising. CPYU explores this growing trend in energy drinks, particularly on their appeal to teens.

“We don’t have to get stupid and drunk—we can have fun without drinking. You’re not supposed to drink in clubs till you’re 21, so we have Red Bulls … I don’t want to have a drink and have someone whip out a camera phone and Disney getting it. It’s not worth it! I don’t want to risk my career for a night of having fun.”—Actress Lindsay Lohan, Seventeen, June 2004, p. 125.

What are energy drinks?

Energy drinks are hyper-caffeinated drinks (80 mg. of caffeine per can for Red Bull, which is comparable to a cup of coffee) that also contain taurine (amino-acid), vitamins, sugars, herb extracts and other ingredients. The drinks are pricey, costing $2 or more per can, and are designed to enhance energy, increase focus and purportedly improve athletic performance. Energy drinks are readily available in supermarkets and convenience stores with increasingly prominent displays targeting teens. The energy drink market is dominated by Red Bull (redbull.com), an Austrian based company that controls nearly half of the energy drink market. Red Bull was the #7 ranked carbonated soft drink company, selling 30 million cases in 2004 according to Beverage-Digest.com. Red Bull’s success has inspired new and existing companies to enter the lucrative and growing energy drink market that is estimated at over $2 billion (BusinessWeek.com, 6/5/2005). Other major competitors include Hansen Natural’s Monster Energy (monsterenergy.com) with 18 percent market share according to Beverage  Digest (BusinessWeek.com, 6/5/2005), Rockstar Energy Drink (rockstar69.com), and SoBe’s No Fear. Also, rapper Nelly introduced his controversially branded Pimp Juice and crunk artist Lil Jon released Crunk!!! (See www.bevnet.com for a complete list of energy drink brands.)

Now beer manufacturers are jumping into the energy drink market in what is being coined the “energy malternative” category. Anheuser Busch is selling a beer, “B to the E,” with stimulant additives (caffeine) and herbal extracts (ginseng and guarana), and has released a new brand called “Tilt.” Another entry in this category is Sparks, made by the Steel Brewing Company, which has 6 percent alcohol. Both of these “energy malternative” companies have conducted high-profile marketing campaigns in recent editions of Blendermagazine (May through October 2005). Given the prevalence of underage drinking, teens are especially vulnerable to the deceptive marketing strategies of “energy malternatives,” which entice teens to have the best of both worlds: the alcohol “buzz” and caffeine “high.” Also, these “energy malternatives” have the potential of being a “gateway” beverage for teen initiation into drinking, binge-drinking and abuse/dependence.

“I did feel kind of weird after those photos. I was in a moment. I had, like, eight Red Bulls and said, ‘OK, let’s do it.’ I learned my lesson and you won’t see me like that for a while. I’m kinda over it myself. Not that it’s dirty or tacky, but it is really revealing and I wouldn’t want my kid, at 21, to be dressing like that.”—Britney Spears speaking about her provocative cover photo shoot for Esquire,Newsweek, November 3, 2003.

There are numerous physiological effects associated with consumption of highly caffeinated energy drink products, namely, but not limited to, increased heart rate and blood pressure, hyperactivity, anxiety, headaches, insomnia, dehydration (caffeine is a diuretic), irritability, and the potential for addiction/withdrawal. Also, energy drinks, when combined with alcohol (See “energy malternatives.”), pose the very real problem of masking, not neutralizing, the physical effects of intoxication.

Since our culture is obsessed with picking up the pace of life and artificially charging it up with energy drinks, it is no wonder that the biblical mandate to slow down and rest is often ignored and not heeded. An ad for the energy drink AMP mockingly derides those who adhere to the “stop and smell the roses” mindset by boldly proclaiming, “Why stop? I think we all know what roses smell like.” While this catchy slogan helps to sell its pick-me-up product, it also points to a spiritual problem wherein people—even professing believers—forsake rest for busyness and sacrifice Sabbath for speed.