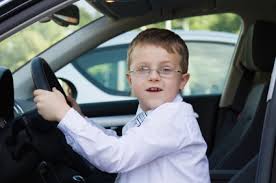 – by Paul Robertson
©2001, The Center for Parent/Youth Understanding

Being a school guidance counselor can be quite an adventure these days. In the span of a few weeks, a guidance counselor friend of mine dealt with the following issues – one girl drunk in the washroom; three boys suspended for setting a fire in the school dumpster; a boy arrested for threatening two girls with a knife; reprimanding a girl for showing too much cleavage; reprimanding a group of girls for showing too much leg; one request for a pregnancy test; a young lady caught carrying a butcher knife in her backpack; a Wiccan feeling discriminated against; and one case of physical abuse by a dysfunctional father.

It is hard to believe that these are the stories walking the halls of our schools every day. It is even harder to believe that all these kids are eleven and twelve years old.  Remember when school used to be a safe place to be? Today, our schools have become microcosms of the culture at large and all the problems and pressures kids face. Our modern culture is increasingly making the young old before their time.

For too many kids today, growing up is far more complicated than it was a generation ago. Life for children appears to be stuck on fast forward. It seems that every parent I meet has an eight-year-old daughter going on twenty-one. Our little boys seem more interested in issues that were once the sole domain of early adulthood.

Perhaps one of the most dramatic changes is the early physical development of young girls. Medical researchers are calling it “precocious puberty” – the medical term for sexual maturity that arrives abnormally early. Medical researchers and professionals report that more and more girls as young as four years old show significant breast and pubic-hair development. The main finding of a recent Pediatrics report (April 1997) is this – overall, girls are showing significant physical development one year earlier than previously believed. Earlier development is also being noted among young boys, but because it is less obvious, namely the growth of their testes, it isn’t as recognizable.  Some early male development is also reflected in earlier growth spurts in their height. Professor Joan Jacob Bromberg also brings early maturation home in a salient observation in her book The Body Project. She reminds us that today we have young girls having babies at an age earlier than when their grandmothers even had their first period.

Why is this happening? Researchers posit various theories. One of the most controversial is that environmental toxins digested by mothers during pregnancy are triggering these physiological changes ahead of time (The Globe and Mail, 1/25/00.).

The Journal of Personality and Social Psychology (August 2000) theorizes that young girls who have a good relationship with their biological fathers in the first five years of life will reach puberty at a normal age because the scent of a biologically related male is an evolutionary signal to inhibit maturity. In addition, those girls exposed to a lot of unrelated adult men achieved puberty earlier.

Other scientists attribute  early maturity to the fact that our kids are eating better and more often when compared to children a hundred years ago. Dr. Denis Daneman from the Hospital for Sick Children in Toronto says a critical body mass has to be reached before a girl will menstruate which explains why an overweight little girl is more likely to reach puberty before an athletic one (The Globe and Mail, 1/25/00).

Whatever the cause, it appears our little girls are growing up way too fast. The Girl Scouts of the USA recent research paper,Girls Speak Out (January 2000) addresses some related issues our kids are facing. Most little girls feel the pressure, often brought on by the media they watch, to look and act more like older teenagers. This stress is heightened when parents are too busy or not prepared to talk to their children about such concerns.  Many parents don’t feel it is appropriate for their child to be thinking or talking about issues like sexual development and relationships at such an early age. When parents are not willing to engage their children on these matters, kids will often turn to the media for answers to their questions about life. Girls may look physically older, but they are not prepared emotionally to deal with the fallout.

Our culture caters to premature adulthood. In many ways our children are enticed by marketers to dress, act, and talk older than they really are. When I was a young boy, my mom always used to have to tell me to act my age. Today, our culture encourages kids to act older than their age.

Youth are growing up in a world that expects them to look and act like adults but without the privileges. In a lot of ways, early adolescence is about exploitation.  It’s all about consumption of products that make you appear and feel older than you are. Thanks to the music industry, this age group can see and hear music with messages beyond their understanding. Ten to fourteen year olds now account for 9 percent of all CD sales in America (Newsweek, 10/18/99). Often the CDs contain explicit lyrics. I recently spoke with a mom who was purchasing The Marshall Mathers LP by Eminem (see Fall ’00 youthculture@2000 for more details) for her 10-year-old daughter. This is a CD filled with hatred towards women, vulgarity, and a variety of things that no young person should hear. When I asked the girl what she liked about Eminem, she replied “Everything.  I love everything about him.” Mom had no idea what she had just purchased for her not-so-innocent little girl.

Media is also happy to introduce younger children to an adult world without moral boundaries. The 2000 Roper Youth Reportreveals that 58 percent of American kids have a TV in their bedroom, up seven percent in two years. The Kaiser Family Foundation reported that 32 percent of kids age 2-7 have a TV in their bedroom (Kids and Media at the New Millennium, November 1999). With the average child watching nearly three hours of television per day, this opens up a whole new Pandora’s box. The Parents Television Council (What a Difference a Decade Makes) latest research shows that on a per-hour basis, sexual material was, overall, more than three times as frequent in ’99 as it was in ’89. It also showed that references to genitalia were more than seven times as frequent in ’99. There is virtually nothing our children can’t see and hear in the privacy of their own bedrooms.

More and more clothing stores are catering to the younger market. Through teen magazines, tweens (ages 8-12) learn what it at least means to dress like a teenager. Little girls are encouraged to be cool with the latest silk bedtime outfits. Clothes are increasingly immodest. The Gap, Abercrombie & Fitch, Club Monaco and others are all targeting younger kids with older fashions.  Any tween who has ever picked up a teen magazine or watched the latest show targeting teens knows what it takes to be cool.

However, even marketers are not without problems in catering to this new generation.  Toy retailers have long struggled with “age compression”, which the industry defines as the lowering of the age when children stop playing with traditional toys. Over the last two years, the trend has accelerated. Girls, for example, are now past the Barbie stage by age eight, instead of 11 or 12(Globe and Mail,11/1/00).

Many younger kids are carrying pagers and cell phones that permit them to stay in touch with parents and friends but also add to the appearance of adulthood. Our culture is suffering from what I call the “Jon Benet syndrome” – forcing little girls to dress and act like little women. Nickelodeon’s Bruce Friend reports by the time they are 12, children describe themselves as “flirtatious, sexy, trendy, athletic, cool” and that by age 11 children in focus groups say they no longer even think of themselves as children (City Journal, Autumn 1998).

Parents also need to be aware of the role they play in encouraging early development.  Patricia Hersch writes in her book,  A Tribe Apart, about the striking aloneness of this generation. Kids today are more isolated from adults and have more time to themselves than any other generation. In the absence of parental influence, young people turn to their peer groups – who swim in the same media ocean –  for guidance and direction on life issues. Too many kids are making moral decisions in a familial vacuum. Parents need to be aware of how much time they may NOT be spending with their children. Lack of a parental presence leaves them vulnerable to the whims and wishes of peers and media alike.

What’s the fallout of all these changes our kids are going through?  It is becoming commonplace for parents attending our seminars to be asking more questions pertaining to this issue of early development.

Here are some practical things parents can do in their fight to preserve these critical years so that their children can be just that – children:

Not long ago I asked a high school student for the best bit of advice she could give to parents on behalf of all teenagers. Without hesitation, she said, “You tell all the parents that the world I am growing up in is nothing like the one they grew up in.”  Perhaps truer words were never spoken for a generation of children today.  It may be very different from our childhood, but with diligence and love, we can raise healthy kids who don’t grow up too fast or too soon.