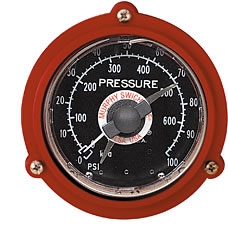 – By Walt Mueller
©2005, The Center for Parent/Youth Understanding

Okay, I’ll admit it to all of you who brandish shotguns, tromp through muddy bogs and wear “camo” while in pursuit of bagging a big prize … I’m a wimp … not a hunter. The only “hunting” I’ve ever done in my life took place years ago during our annual family vacations to Florida. When we weren’t fishing, swimming or visiting tourist attractions, my brothers and I would venture out on a “lizard safari.” Although we knew the little chameleons were hiding in every bush and tree, at first we had a hard time spotting them. But it wasn’t long before we learned that when chameleons were hiding on the green leaves of a palmetto plant, we’d be looking for a green chameleon. Those same chameleons could sit on the trunk of a palm, turn brown and be almost invisible. At other times, they would turn gray, camouflaging themselves from the “great hunters” while sunning on the stucco walls of the house. In an effort to protect itself from the dangers of predators, a chameleon will change color to blend in with its environment.

When they become teens, our kids will be tempted, to one degree or another on numerous occasions, to become like chameleons. Caught in the midst of change, confusion, challenge, media bombardment, family dysfunction and a host of other stresses, they yearn for stability and normalcy. In an effort to protect themselves from feeling like they’ve been left alone to wander through adolescence, our teens will change colors and blend in with the surrounding environment of their peer group.

Negative peer pressure is frightening—perhaps even more so to those of us who remember what it was like to face it when we were teens ourselves. We don’t want the kids we know and love to make the same mistakes and bad choices that we did. We want to protect them from the painful pull between doing what is easy and doing what is right. But peer pressure rears its ugly head when our children and teens begin to test and evaluate the values we have worked hard to instill by lining themselves up with many of the dangerous values espoused by our rapidly changing culture. Peer pressure turns its head and snarls at us when the children we love compromise what we’ve taught them about God’s will and way in order to go with the flow.

As people who deeply love kids, what can we do to equip teens to weather the inevitable negative peer pressure storm in a way that brings honor and glory to their Heavenly Father? Here are some suggestions to get you started on this difficult yet necessary task.

First, recognize that negative peer pressure reaches its greatest intensity during the adolescent years. Along with the rest of the teenage population, the teens you know and love are going through the natural adolescent shift in social focus from family to peer group. As part of their growth toward self-sufficiency and independence, teenagers are prone to no longer see their family as the center of their social universe. They begin to disengage from the family while forming more and more meaningful relationships with same-sex and opposite-sex peers. Consequently, they will sometimes look for the guidance and direction typically sought from Dad and Mom from their peers. This transition can be turbulent for parents, especially when the kids take on thinking and behaviors drastically different from their own. These sudden changes can leave us feeling like we’ve failed. The good news is that as your children move through the post-high school and college years, the influence of the peer group will decrease. Amazingly, your children will begin to look more like you in terms of their values, attitudes, behaviors and lifestyles even though they are well established in the groove of being independent.

Second, recognize that the nature of negative peer pressure has changed since we were teens. My first and most memorable brush with negative peer pressure took place when I was in fourth grade. The dynamics of my initial peer pressure encounter pretty much typify what peer pressure used to be like. I had been asked to go swimming at the local YMCA by a group of older guys in our neighborhood. I was thrilled that these guys would be willing to include me—the little squirt they usually picked on—in their Saturday afternoon plans. Since I was the only one in the bunch who didn’t have a membership at the Y, I took along my dollar admission to get me into the pool. After all the older guys had flashed their ID cards to the admission attendant, I stepped up to the window to pay my admission. Just as the attendant asked if I was a member, one of the older guys crawled beneath the window and attempted to hand me his membership card so that I could flash it and get in for free. I remember three things about that moment. First, I got incredibly warm. My body almost felt like it was on fire. Temptation has a way of doing that to you. Second, I “saw” an angel on one shoulder that looked a lot like my mom, and a devil on the other that had the face of my older friend. And third, I handed my dollar bill to the attendant. Sadly, I also remember how the guys harassed me for my “stupidity” and then ignored me for the rest of the afternoon. I also remembered that it was one of the occasions where I made the right choice in the heat of the moment. Unfortunately, I didn’t grow through my teenage years to always do the right thing.

That experience had all the elements of what peer pressure used to be. You see, back then, peer pressure usually took the form of a verbal invitation to come and participate in some behavior that both you and the person inviting you to do it knew was wrong. There was always that element of sneaking around.

In order to help our kids navigate the dangerous waters of today’s peer pressure, we must understand that it is markedly different. Today, peer pressure typically takes the form of an unspoken expectation to participate in behavior that the vast majority of the peer group believes to be normal and right. All this adds up to mean it’s much more difficult for our kids to go against the flow when the behaviors promoted are no longer sneaky, but celebrated. In today’s rapidly changing culture these include negative pressures related to sex, alcohol abuse, drug abuse, clothing styles, body image, violence, material possessions, cheating, shoplifting, lying, etc.

Finally, peer pressure shouldn’t lead us to wave the white flag of surrender. Instead, it should motivate us to do all we can to encourage and equip our kids to stand firm in the midst of their pressure-filled lives. Here’s a checklist—certainly not exhaustive—of strategies you can use to do that:

While negative peer pressure is sure to be a part of the world of today’s children and teens, your conscious recognition of the role you continue to play in their lives as they pass through the adolescent years can go a long way in teaching them how to respond to the pressure as ones who image the “colors” of the way and will of their Creator, rather than the “colors” of their peer environment.