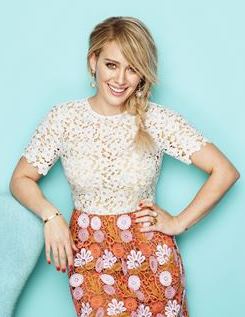 “I don’t want to say I wouldn’t get married again, but it’s not important to me. I don’t feel I would need to be married to have another child. If I felt strongly enough toward someone or if someone felt strongly about it, I might say okay. But it’s not essential.”

– Actress and singer Hilary Duff, commenting on whether or not she’ll ever get married again, Redbook, February 2016