I experienced a wonderful and long overdue musical convergence this weekend. Sitting on either side of my Saturday night sleep were two musical moments that initially might sound like something from opposite ends of the musical spectrum, but were actually quite similar. It’s not coincidence that they both took place within the confines of the New England-style meeting house that we call the sanctuary at my church.

Saturday night I stepped out of my musical box to attend a hip-hop concert at my church. I’ve listened to my share of rappers over the years and I’ve got loads of their CDs on my shelves. Those albums have sat there unmoved and collecting dust from the moment I finished dissecting them as a part of a research project. The style’s just not my cup-of-tea. Which makes what happened Saturday night on the front-end of my weekend’s musical nexus even more interesting. 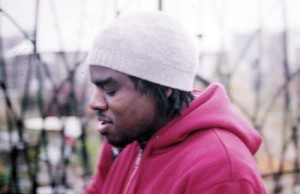 Hip-hop artist Shai Linne was performing. . . and it was good. Shai blew me away and brought great joy to my heart as he rapped the lyrics to his song “Greatest Story Ever Told.” I was reminded once again how God is not only the author of an unfolding drama that is absolutely amazing, but that He’s written me into the story. I stop to think about that far too infrequently. Here’s the words Shai Linne shared and a link to a clip of the song:

Alright check it: let’s go back in time, brethren

The glory of the Triune God’s what I’m stressing

The origin of humankind was fine- blessings

Were plenteous- God is amazingly generous

Crazy benefits in a state of innocence

God told the man what he could taste was limited

Not long after came our nemesis in Genesis

The whole human race- he represented it

Fooled by the serpent, man through his work

Woman through birth- even the earth ruled by the curses

But instead of a wake immediately

Yo, wait what’s this? Whoa, a gracious gift!

In Jehovah’s faithfulness He clothed their nakedness

This was so they would know their Savior’s kiss

And bliss- but first, many growing pains exist

Every section of the earth’s been affected by the curse

And though God’s judgments against sin were gory

Praise the Lord! It’s not the end of the story

It’s the greatest story ever told

Next scene: man’s sin was extreme

God gets steamed, man gets creamed

Fire in the valley of slaughter- Sodom and Gomorrah

But at the same time, He’s so gracious and patient

That from one man He created a whole nation

Eventually enslaved by the mentally depraved

He brought them out with signs and wonders- satisfied their hunger

Then He appeared on Mount Sinai in thunder

Where He laid down the law for God-ruled government

Commonly referred to as the Mosaic covenant

Sin’s imputed- so for man to know he’s unrighteous

This was to show our constant need for atonement

And when it came to sin, the Lord would never condone it

And when His people disobeyed and went astray

But they would get foul with their idolatry- wet and wild

Prophecy- send them into exile

And while in their forefather’s land they dwelt

They awaited the arrival of Emmanuel

It’s the greatest story ever told

After 400 silent years filled with sighs and tears

In Bethlehem the Messiah appears

God in the flesh- Second Person of the Trinity

At thirty begins His earthly ministry

And back to back miraculous acts

A stumbling block to the self righteous

But the humbled- His flock, said “There’s no one else like this”

He came from heaven to awake the numb

Demonstrated His power over nature, son

A foretaste of the Kingdom and the age to come

But the reason He came was to pay the sum

For the depths of our wickedness, our wretched sinfulness

Yet He was wrecked and His death- He predicted it

Next He was stretched, paid a debt that was infinite

He said that He finished it- resurrected so the elect

would be the recipients of its benefits

Through faith and penitence we get to be intimate

His grace is heaven sent, it never diminishes

Now the Holy Spirit indwelling is the evidence

Jesus, the Author, Producer, Director and

Star of a story that will never, ever end! 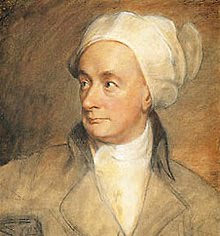 After a night of rest, I returned to the same sanctuary for worship. Our congregation stood together mid-service and with accompaniment from a blaring pipe organ, we joined together to sing William Cowper’s famous hymn – “God Moves in a Mysterious Way” – penned in 1774. A man who had suffered great heartache and disappointment in his life, Cowper had also been miraculously invited by God into His story, a reality that sustained him during his ongoing struggles with manic depression. Cowper, a famous poet, found hymn writing to be therapeutic. As the story behind the hymn goes Cowper was out walking in the fields on a January day in 1773 when he was overcome by a great fear that he was soon going to fall into a major episode of depression. He went home, sat down, and penned the hymn. Not long after, he fell into a severe depression that lasted several months.

I don’t know about you, but knowing the back story on this hymn that has already ministered to be deeply takes the hymn, my understanding of my Heavenly Father, and my spirit to new heights. Here’s what Cowper wrote:

God Moves in a Mysterious Way

1. God moves in a mysterious way

His wonders to perform;

He plants His footsteps in the sea,

And rides upon the storm.

He treasures up His bright designs

And works His sovereign will.

The clouds ye so much dread

Are big with mercy and shall break

In blessings on your head.

4. Judge not the Lord by feeble sense,

But trust Him for His grace;

Behind a frowning providence

He hides a smiling face.

5. His purposes will ripen fast,

The bud may have a bitter taste,

But sweet will be the flower.

6. Blind unbelief is sure to err

And scan His work in vain;

God is His own interpreter,

And He will make it plain.

Today, I am grateful to God for the gift of music, and for the inspiration and talents he’s given to people who can take us deeper into the very, very real things of life.