Weird. Lisa got a magazine in the mail yesterday and she didn’t ask for it. Her name and address was right there in that little white box on the bottom-left-hand side of the cover. It was all so normal yet so unexpected in ways that made us wonder why it came to our house when “I didn’t ask for this.” Hmmm. But in a world where literally thousands of media outlets jockey for attention, it shouldn’t be surprising that Billboard pulled out all the stops with this one-time special edition that serves to try to get us watching this Sunday night’s broadcast of the 2011 Billboard Music Awards.

I anticipate I’ll at least be watching as I try to catch all the music award shows. I’m guessing Billboard (and a host of record companies) put out a nice little chunk of change to send me (and who knows how many other people) this more-than-adequate reminder. Thanks. 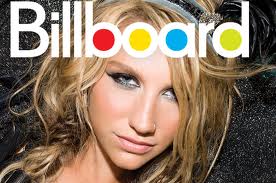 This morning, I read through the magazine for an update on the nominees. Several “articles” (advertisements, maybe) caught my eye, including one on Top New Artist Finalist, Ke$ha. A little quote caught me eye, reminding me that music really does serve as a powerful force in the lives of kids, sometimes putting into words things and feelings that they can’t find words for themselves. The article tells about a recent concert where Ke$ha pulled a boy on stage mid-show, something she does all the time. “He started crying and told me that the only reason he was alive was because of my music,” says Ke$ha. “He’d never felt accepted for who he was, and through my songs he realized that there are people out there who will love him for exactly who he is, and so he decided to come out of the closet.”

You can learn alot about kids by asking them about their music. . . who they listen to, their favorite song, their favorite lyric, etc. If Jesus was ministering in today’s world, I think he’d be checking out the music. If the Apostle Paul was walking through the “Athens” of today’s world, he’d be surveying the landscape of popular music. . . with great attention to detail. Knowing the music world, helps us to bring the Word to bear on the stuff kids are dealing with and thinking about.