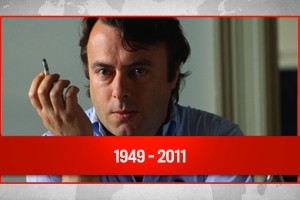 In today’s fast-paced media-driven world, the news about atheist Christopher Hitchens’ death is old. He died last week. We mentioned it in the CPYU office. Then yesterday, Derek Melleby – director of our College Transition Initiative – blogged on Hitchens’ death and how atheists have been helpful to him over the years. Derek’s blog post is worth a read.

I’ve been thinking today about Derek’s post. Very thoughtful and challenging. In fact, it challenged me in a roundabout way. Just Derek’s mention of Hitchens’ death reminded me of what I said in the office when I heard that Hitchens died. I remember saying something like, “I wonder what Hitchens believes now?” Fair question. But I’m trying to remember what kind of tone I used when I wondered out loud. Was it a sober and inquisitive tone that reflected grief over the death of someone who as far as we know died without coming to faith in Jesus Christ? Or, was it the more arrogant, proud, and compassion-less tone we so often use when someone who is not for us but against us breaths their last breath? In other words, was I saddened as I pondered the fact that Christopher Hitchens may have gotten what we all deserve? Or, was I gloating in the fact that I believed Christopher Hitchens got what he deserved? I hope it was the former.

We might not talk much anymore about the culture wars. Personally, I think that’s a very good thing. But the years so many Christians spent fighting the culture wars (or paying mercenaries to fight the culture wars for them!) have indeed left some remnants that leave us looking less like Christ than what our calling requires. Perhaps that kind of response to Hitchens’ death leaves Jesus grieving twice. . . one for Hitchens, and then for us.