I’m not sure if I should feel happiness or dismay that my youth pastor friend, Dave Showalter, passed on this breaking news story to me this morning. It was a simple link to this headline from the WJLA website: ‘Fantasy Slut League’ investigated at California high school. 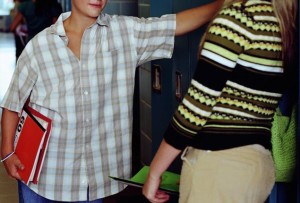 Oh my. It seems that school administrators at Piedmont High School had to send home a letter to parents. It was a letter I’m sure none of those educators imagined having to ever draft and send when they were being trained for a career in education. I’m also sure that none of the parents could have ever imagined receiving such a letter. . . or maybe not.

What was the letter about? Well, someone lifted the lid on a “Fantasy Slut League” that several male students had created. The boys were drafting female students (without their knowledge) and then earning points for sexual encounters with these girls.

The story took me back almost twenty years to the highly publicized “Spur Posse,” a group of high school boys from Lakewood, California who had created an elaborate point system for sexual encounters with girls. That fiasco resulted in several arrests. What made the story even more alarming was that most of the charges were dropped (even though several of the girls were under aged – statutory-rape under aged!) because it was learned that the sexual encounters were consensual.

One of the most alarming memories of the entire Spur Posse incident was a comment I remember one of the boy’s fathers making:  “Nothing my boy did was anything that any red-blooded American boy wouldn’t do at his age. . . those girls around my son are giving it away.”  Wow. . . a sad, sad justification and perhaps an even sadder commentary on our culture.

Why is today’s Piedmont High School story significant? It’s indicative of stuff that’s trending among our kids. You can be sure the Piedmont boys aren’t the only ones doing this kind of stuff. And now that the idea has been blasted out via the media, you can be sure that more Fantasy Leagues will be sprouting up thanks to copy-cats.

Keep an eye on this one. It will be interesting to track how our cultural attitudes have or haven’t changed as we listen to the response from other students, the parents, and Piedmont community members. I’m guessing that many people will simply laugh it all off.

This is one story that’s not only worth watching, but one worth talking about. It should spark some ministry and family conversations about sexual right and wrong.