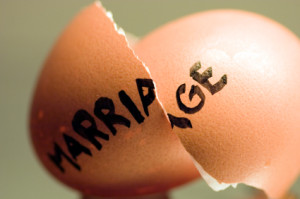 Only 4 days left until I walk my oldest daughter down the aisle. Am I getting nervous? You bet. It might be the longest most emotion-filled walk of my entire life! Does anyone have any good advice for me?

As a youth worker, parent, or pastor, you’re called and uniquely positioned to systematically work to redeem and restore marriage in ways that rewrite the convincing cultural script your kids have come to believe. You stand between two worlds – the world of the Word of God and the world of today’s culture. Your calling is to bring the light of God’s Word on marriage to bear on the marriage messages they encounter each and every day in their world.

I promised to think more about marriage this week. . . particularly in relationship to the cultural forces that are shaping our values, attitudes, and behaviors on marriage. Here’s a short and incomplete list of some cultural forces and trends that serve as marriage maps for our kids, and marriage mirrors of where we’re at as a culture.

First, there’s our growing emphasis on feelings. Somewhere along the way, we’ve come to believe that the guide for all of our decisions, convictions, and priorities is our heart. “Follow your heart” we’re told, “and everything else will fall into place.” If it “feels right” or “feels good,” then “just do it.” The opposite is also true. Our feelings will tell us what commitments to avoid or break. The fallout is severe as we grow up trusting feelings as the pathway to self-fulfillment. Who doesn’t know someone who has justified a decision to divorce by saying, “I just don’t feel like I love her anymore.”

Second, there’s our growing love affair with ourselves. Sociologist Dr. Jean Twenge has studied the rapid rise of narcissism in our culture for the last few decades. She concludes that today’s children and teens are the most narcissistic generation, evidenced in their self-centeredness. In his sermon series on marriage, Timothy Keller says that self-centeredness is the main problem and enemy of any marriage. Since marriage is about submission to another person, it’s no wonder that fewer and fewer young people are eagerly entering into or staying in a marriage. During my daily morning ritual of reading our local newspaper, I glance at the list of people who have applied for marriage licenses, as well as at the list of “divorces granted.” The former seems to get shorter and shorter with the passing of time, while the latter continues to grow with the names of far too many friends and acquaintances popping up from time to time.

Third, there’s the growing acceptance of divorce as a natural and normal life event. Now, you can even purchase greeting cards that read “Happy Divorce!” It’s not a good thing that divorce is more and more common. I think it’s even worse that it’s been normalized while being drained of any stigma that might cause a couple to think twice or make an effort to work things out. The divorce rate has almost doubled since 1960 with close to 50 percent of all marriages ending in divorce. A growing number of children of divorce make up this emerging generation. While they by and large don’t like being children of divorce, they are more prone to avoid marriage altogether or wind up divorced themselves. That’s not what they set out to do, but a lack of good marriage models and a host of other cultural forces combine to make them statistically more prone to repeating the marital breakup of their parents in their own lives.

Fourth, there’s the trend toward cohabitation. For a variety of reasons, over 60 percent of married couples lived together before walking down the aisle. The rate of cohabitation has increased 14-fold since 1970! Children today are far more likely to spend part or all of their childhood in a cohabitating household, than they are to see their parents’ divorce. Before their royal wedding in 2011, William and Kate – like many other high profile couples – lived together. And the response of the church at the time to William and Kate was also a sign of the times. An article in The Telegraph included some quotes from Dr. John Sentamu, the Archbishop of York. It seems that Sentamu justified the couple’s living arrangements because like other modern couples, they want to “test the milk before they buy the cow.” That’s from a leader in the church who was talking about the Prince who will someday become King. . . and when he does, also become the head of the Church of England.

Fifth, there’s the rapid redefinition of what constitutes a marriage. The “one-man one-woman” arrangement is increasingly seen as archaic, out-dated, and just plain old-fashioned. Almost daily news reports on practices, legislation, and legal challenges to the “traditional view” of marriage have chipped away at our kids as our culture has embraced a definition of marriage that includes any “two people” who love each other. I suspect that with the passage of time, “two people” will quickly morph from “two” and “people” into all kinds of new and unusual definitions.

Sixth, pop culture continues to promote and glamorize all the aforementioned trends and ideas. Whether it’s the lifestyle of the “celebrity du jour” who graces the covers and pages of celebrity weekly magazines (the most popular genre of magazine among teenagers!), the human dating and mating rituals of shows like The Bachelor and The Bachelorette, the dark pages of The Shades of Gray trilogy, the antics of the cast of reality-defining shows like Jersey Shore, or any number of today’s sappy block-buster chick-flicks. . . marriage is being made-over and then glamorized in convincing ways.

Finally, what’s resulted is a deep-seated cynicism towards marriage that’s gripping kids at younger and younger ages. The old cliché – “Marriage is a great institution. . . but who wants to spend their life in an institution??” – has moved from being a poor excuse for a joke, to a mantra that’s reflecting the values, attitudes, and behaviors of a generation. Because of what they’ve seen and heard their entire lives, many feel that marriage has a chance of never working for them.

In Part 3, we’ll look at some of those strategies.