It’s Banquet week here at CPYU. That means that we’re not only busy as we prepare for our friends and donors to gather to celebrate God’s work through CPYU, but it means that I’m spending lots of time thinking about the last 24 years (yes, CPYU has been around that long!) and how the world has changed since we got started. . . . and I get sad. Not hopeless, mind you. . . but sad. 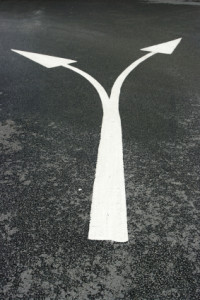 My sadness is sparked by the realities of life’s brokenness in this world. Specifically, I’ve been pondering an article I read last week about the divorce rate among people over the age of 50. The divorce rate doubled among adults over the age of 50 between 1990 and 2009. That’s sad. I think about the children of divorce that I’ve had the opportunity to get to know over the years. Never have I met one who said it was easy. Never have I met one who said that the breakdown of their parents’ marriage was a good thing. Rarely have I met one – whether they are a child or adult child of divorcing couples – who hasn’t somehow blamed themselves and then had to endure the struggle of a lifetime of fallout. It seems that the assumptions made during the sexual revolution of the 1960s and 1970s about the benign nature of divorce were horribly off-base. We shouldn’t be surprised. When we re-write the script of the Creator’s good created order, good things never follow. The fallout always reaches far, long, and wide.

I often wonder if the escalating and multiplying pandemic of marital breakdown, divorce, and even avoidance of marriage in the first place isn’t like a network marketing scheme gone bad. It’s pandemic. Viral-like. We sell faulty ideas and ideals to each other thinking we are selling a good thing. . . and the disease of brokenness just spreads. If you need to be convinced, just take some time to read Judith Wallerstein.

As I prepare my remarks for our CPYU family on Friday night, I’ve been haunted by some lines I heard and read in the last couple of weeks. The first is the opening line from Anne Lamott’s novel, Imperfect Birds: “There are so many evils that pull on our children.” And then there was the haunting yet so-very-real question that Meryl Streep’s character, Linda, asked Robert De Niro’s Michael in the classic 1978 film about post-Viet Nam trauma and brokenness, The Deer Hunter: “Did you ever think life would turn out like this?” she asked. His reply. . . “No.”

And it’s for that reason that we should rejoice in the hope that is ours through our Redeemer. . . Jesus Christ. Time are changing. But God has not.