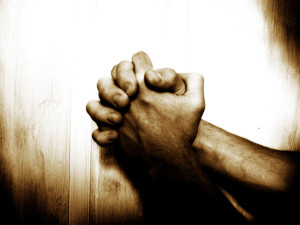 When it comes to the issue of homosexuality, I’ve been guilty of stereotyping. When I read Justin Lee’s Torn, and the blog post that’s gone viral this week – “An Open Letter to the Church from My Generation”  – I read about a church that’s been less than gracious to homosexuals. A good portion of what was said in each assessment was dead-on accurate. so much so, that I had to stop several times to engage in some introspection and remembrances regarding my own history. I’ve realized that I have been guilty over the course of my life, perhaps not so much of being aggressive and outspoken on these matters in inflammatory or confrontational ways in public, but of at the very least being gracelessly indifferent.

At the same time, I fear that the accusations were thrown as a blanket over the entire church, or at least it sounded that way in both Lee’s book and the “Open Letter.” While I am aware of my hidden thoughts and biases, I can only go so far as to say “I know that’s a part of me and a part of the church, but it’s not all of me or all of the church.” In other words, that’s not who we desire to be, it’s not who we are all of the time, and it is in fact something that we work hard not to be as we find ourselves desiring to be conformed to the image of Christ. What I see when I look at the church is a group of people who are endeavoring to follow their Lord into this issue, to be obedient to Christ, and to glorify God through what they think and how they live on the issue and in relationship to their homosexual family members, friends, and neighbors. That’s who I want to be. Overall, I think these written assessments of our individual and collective lack of grace were somewhat lacking in grace themselves.  . . even a bit stereotypical in their caricatures. . . of me and the church.

Last night I sat in on something that Justin Lee and other’s like him might find surprising. Pleasant, in fact. I went in expecting to see and hear a discussion that looked and sounded nothing like the stereotypes that many have regarding Christians and the homosexuality issue. I wasn’t disappointed, nor was I surprised. There were no hostile words. There was no Bible-thumping. There were no angry anti-gay diatribes. In fact, those who do that sort of thing were clearly reprimanded. Instead, any admonishments or directives I heard were directed not at homosexuals, but at the people in that room. That’s something that’s needed.

It was the middle and high school youth group meeting at my church. . . a very traditional and conservative church here where I live. Our youth pastor had informed me that he was starting a four-week series on same-sex attraction. I asked Troy if he would mind if I sat in. I wanted to hear what Troy had to say along with how the students were responding. It was the first of four meetings and the topic was carefully chosen to set the table for everything that will follow over the course of the next three weeks. He set the table well. Troy spoke openly and frankly, and I was very encouraged by what I heard. In very simple and straightforward terms, Troy walked us through the Scriptures to show us the following:

As Troy stood to speak, it wasn’t just a bunch of emotionless bullet points that fell out of his mouth. There was a humble conviction and a deep passion. It was not about them. It was about us.
Thanks Troy.