For me, it was college dining hall background music with great harmonies, loads of energy, and some great guitar riffs. I was reminded of Heart’s 1976 hit “Crazy On You” (video from a 1977 performance below) this past Saturday night as I watched the band come together for the first time in over thirty years to perform at their induction into the Rock n’ Roll Hall of Fame. I thought about the band, their music, and what they represented about the times and the culture again on Sunday night, when I watched the Billboard Music Awards show. The contrast between these two televised events made the contrast between then and now oh so clear.

Perhaps the defining cultural peek from Sunday night’s Billboard Music Awards was Selena Gomez’s performance of her new single, “Come and Get It” (video below). The two words that came to mind as I watched were “sad” and “embarrassing.” It was sad because it was formulaic, lacking any kind of creativity, and it was lip-synced. It was embarrassing for two reasons. First, this twenty-year-old performed in front of a room full of musicians – many of whom have genuine talent – and she performed in front of a television audience. It was embarrassing for her. But it was also embarrassing at a much deeper level. If this is this all we’re attracted to musically. . . and we settle for it. . . then we’ve been complicit with a music-industry driven more by marketing and consumer interest, than it is driven by talent, truthfulness, and hard work. As I thought about the difference between Selena’s performance and what I saw from Heart the night before (along with the other Rock n’ Roll Hall of Fame inductees), well. . . then shame on us. It was embarrassing because I realized not only how low we progressively set the bar, but the kind of message we’re sending to our kids. “Come and Get It” is a seductive invitation. Sure, there have been seductive musical invitations for years. But if a grade could be put on how the seductive invitation is worded and delivered, we’ve even gotten worse at being seductive!

When I teach skills in media evaluation and cultural exegesis, I always tell students to listen and look for spiritual hunger cries. There is always some cry for redemption. There is always some indicator of humanity’s universal hunger for heaven that is rooted in our brokenness and lostness. There are also clear indicators of where people are traveling in their quest to find redemption. Like Paul in Athens (Acts 17), we need to find the “unknown God.” 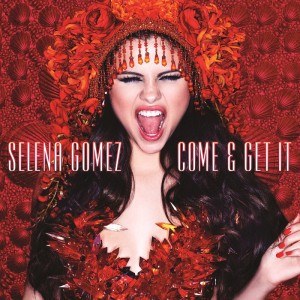 I’ve been pondering this as I think about what I saw and heard from Heart and Selena Gomez last weekend. When Nancy Wilson hits those guitar chords and sister Ann’s voice soars in “Crazy On You,” there’s a unmistakable sense that they clearly know that they and the world are broken and that we all need some kind of relief. The song is rooted in the tumultuous and tenuous years of the 1970s. They sing, “If we still have time, we might still get by/Every time I think about it, I wanna cry/With bombs and the devil, and the kids keep comin’/No way to breathe easy, no time to be young. . . Wild man’s world is cryin’ in pain/What you gonna do when everybody’s insane.” While Heart’s redemption is sought in the wrong place (a night of escape into passion), there’s at least the conscious sense that things are horribly broken and in need of repair. But if Selena’s song is an indication of how we’ve changed as a culture, we don’t ponder the brokenness anymore. We simply skip right to seduction, as if that is the chief end of humanity.

So, while brokenness was in the music back in the 70s and it’s still here now, we’ve spiraled down more than we know. We don’t think. We don’t ponder. We don’t make as much music that comes from the heart and mind of the artist. We simply flood the market with musical and lyrical fluff that is fed to thoughtless minds who as a result of their thoughtlessness, are even more easily influenced that ever before. And that is not at all a good thing.