“Should a Christian read and see “The Hunger Games?” Hmmmm. I hate questions like that. I was asked that question about this time last year by a youth worker who knew that I had already read the book and seen the film. The youth worker also knew that I was other telling other youth workers to do the same. I knew full well that the tone and timing of the question meant that I was not being asked about “The Hunger Games.” No, this was a question about my theology, and I was being inquisitioned by someone who was out to scold me for crossing a line and compromising my faith in Jesus. There was an agenda behind the question. 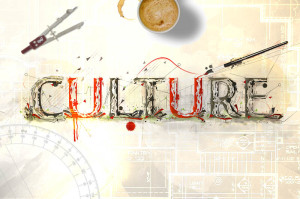 This happens to me a lot. One time I was leading a youth workers seminar on how Christ’s followers should interact with culture. A youth worker in the room who was growing increasingly uneasy with what I was teaching proceeded to accuse me of promoting pornography. “So what you’re saying is that Christians should know the culture?” he asked. My excited answer was rather straightforward: “Yes, if God in His word charges us to reach the world with the Good News about Jesus Christ, we must understand the changing cultural context in which lost people live. To do that, anyone who works with the emerging generations needs to be familiar with what they’re watching and hearing – that’s the stuff shaping their worldview. By doing that, we can learn how they think and what they believe. Then, we’ll be able to connect with them in language and categories they can understand, and the unchanging, life-changing, and corrective truths of God’s word won’t fall on deaf ears. In effect, we’re cross-cultural missionaries!”
Case closed. . . . or so I thought. The immediate response indicated otherwise: “So you tell those who want to reach kids to watch pornography?” I was a bit taken back by the connection. In his mind I wasn’t concerned with sharing the Gospel anymore. Instead, I was promoting involvement with pornography and leading youth workers and kids down the compromising road to perdition. After all, we’ve got kids who regularly engage with pornography. So. . . . shouldn’t we familiarize ourselves with pornography by looking at it too????
To be honest, I’ve heard variations on this argument dozens of times before so it really wasn’t anything new. I responded as I have for years. First, I clarified that pornography is an expression of sinful and fallen sexuality and it certainly isn’t a place where God wants us to go. Nor is it a place I indirectly suggest people go. It’s not a legitimate art form that in and of itself is redeemable. It’s to be avoided. We know that it’s left a trail of destroyed individuals, marriages, and families in its ugly wake. Neither would I suggest to a parent or youth worker that they go look at pornography if they discover their kids are spending time in it themselves (which most of them have, by the way). If I discovered my son was spending his time in some of the deepest and darkest corners of the Internet, I wouldn’t say, “Hey buddy, let’s sit down and look at this together so we can talk about it.” That would not only be wrong, but ridiculous. I’ve seen it. He’s seen it. Neither of us need to see it again. But because I’ve seen it and know where it comes from, what it is, and what it does, I would sit down with him and talk about it.
Second, I challenged the faulty logic followed in the argument. My inquisitor had fallen into the classic mistake of employing the flawed “slippery slope” approach to logic. In his mind, if “A” happens (in this case, “anyone who works with kids and wants to effectively share the Gospel should be familiar with what they see and hear”), then through a series of small steps through “B”, “C”, “D”, . . . . “X”, “Y”, eventually “Z” (“you’re promoting pornography”) will happen, too. Then, because “Z” shouldn’t happen, “A” should have never been said or done in the first place. If that’s the case, then Jesus, Paul, and every cross-cultural missionary since has messed up big time.
The conversation continued and it became abundantly clear to me that the root issue wasn’t necessarily pornography. Rather, it was our differing understandings of what it means to be “holy.” As youth workers, a proper understanding of “holiness” is essential, not only as we live out our own lives to the glory of God in today’s culture, but as we endeavor to teach kids how to navigate all the confusing and difficult stuff that youth culture throws at them.
We can all agree that God calls us to “be holy.” But we often part ways on our understanding of what that means for how are we to live and conduct ourselves in our sinful and fallen world. In my friend’s understanding, to be holy meant that he was required to avoid any contact of any type with the ungodly elements of popular culture – the bunker mentality. To be holy is to not watch or read “The Hunger Games.” In my understanding, to be holy requires obedience to Jesus’ command to go into the world. . . and to watch and read “The Hunger Games.”
Because of the questions I had been asked and the differing conclusions followers of Jesus reach on the issue, I think it’s a good thing to regularly “regroup” and humbly re-evaluate my understanding of “holiness.” What if I’ve been wrong all this time? Or what if I’ve somehow unknowingly slid into compromising my faith and holiness? After all, I don’t want to defend, promote, live, or teach a flawed understanding that isn’t faithful to God’s will for those who are His own. In order to check the validity of our understanding of how to approach matters of faith and culture, we need to take another look at our understanding of “holiness.”
Tomorrow. . . Part 2. . . a look at “holiness.”