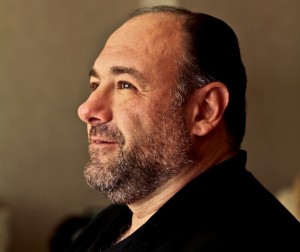 I never realized just how beloved James Gandolfini was until he died last week. Actors, musicians, and other pop culture celebrities are passing away all the time. But for some reason, Gandolfini’s death and the response to it caught my attention for the simple reason that it caught the world’s attention in some big, big ways. Gandolfini’s death was everywhere.

In the few days that have passed since last Wednesday, I’ve been trying to get my hands around all the variables that contributed to all the outpouring and attention. I’m sure there are many things at play here. He was an “average” guy whose appearance made fans feel like, “yeah. . . you don’t have to have movie star looks to make it. Heck, maybe even I could make it!” His conflicted Tony Soprano character resonates with people as they see in him someone who struggles with a divided self just the way they themselves struggle. . . . but are afraid to admit to even those closest to them. I think it’s important that we think about these matters as James Gandolfini obviously mattered to so many. We need to analyze these significant moments in our culture. . . . performing what might be called a “cultural autopsy” that gets to the root and the answers to the why questions.

But even though it might not be the main reason for the huge response to Gandolfini’s death, I did run across a thought that offers some explanation. I just finished reading Arthur Boers’ Living Into Focus: Choosing What Matters in an Age of Distraction. (By the way. . . this is one of those books that could be a game-changer). Boers offers a compelling explanation for how technology mediates and alters and our relationships by 1) making our relationships easier to enter and exit, 2) diverting our time from face-to-face to virtual relationships, and 3) making it easier to disguise our motivation, identity, reputation, and history (in other words, online relationships can be managed to create and leave the impression we want to create and leave).

Here’s where Boers hit me with a thought that explains the response to Gandolfini. . . a response that we’ll increasingly see in our culture when the stars who have become our “friends” die. Boers writes: “While actual relationships become less substantial, we may come to count on celebrities and TV’s ‘pseudo-intimacy’ and relate to onscreen personalities to alleviate loneliness. We get wrapped up in reality-television melodrama or talk-show confessions. . . .  Intimacy is inverted- we have too much information about distant screen characters who may or may not be real and too little knowledge about actual people nearby.” Makes sense doesn’t it? It explains our obsession with celebrity, our voyeuristic bent that’s never fully satisfied by our love-affair with celebrity weekly magazines and TMZ, and our numbing addiction to TV.

And so, James Gandolfini was an intimate “friend” of sorts to millions of fans who didn’t personally know him, but actually knew him better than the real living and breathing human being living next door. . . or maybe even under the same roof.

I wonder if more and more of us aren’t becoming that caricature of the lonely woman sitting at home in her housedress. . . shades drawn. . . chain-smoking. . . while spending her hours in front of the television with soap operas, game shows, QVC, and whatever else she stumbles upon as she rifles through an endless array of channel options in search of virtual relational wholeness.

We need to nurture our kids into understanding and valuing real relationships so that they embrace a better future than one sitting home alone with “friends.”