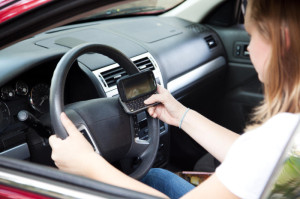 This morning I was reminded once again of just how much our world has changed thanks to technology. I was heading down the local interstate to meet a friend for breakfast in Lancaster. While I didn’t look at the drivers of every car and truck I passed or that passed me (that would be dangerous you know!), I did spot several drivers splitting their eye time and concentration between the road and the device in their hands.

In an effort to imagine the equivalent behavior when I was first learning to drive forty years ago, here’s the best that I could come up with. . . . my driver’s ed teacher telling me to spend half of my driving time looking at the floor of the car. I know. . . it’s absurd. But it’s no coincidence that my first car accident (I was 16 and it wasn’t my fault!) occurred when a man came around a corner too wide because he was looking on the floor of his car for a paper that had blown off his seat. Crash. Boom. My employer’s pickup truck was totaled.

Drinking and driving has now been eclipsed by texting and driving as the number one cause of teenage deaths on the road. The Cohen Children’s Medical Center in New York reports that texting while driving has resulted in injuries to 300,000 teens each year. . . and 3,000 teen deaths.

Texting while driving is now widely considered more dangerous than drinking and driving. That’s why my home state of Pennsylvania and numerous other states have outlawed the practice. But judging from what I see on the road, the law doesn’t seem to be making much of a difference.

We suggest that you talk to the teens you know and love about the dangers of texting and driving. To get you started, you can download our free Texting While Driving fact sheet.