What is it that our kids are aspiring to? In what trajectory are they endeavoring to aim their lives?
Those are questions that researcher Alexander Astin has been asking of first-year college students since 1966. I read about Astin and his research this morning as I finished up James Cote’s Arrested Adulthood: The Changing Nature of Meaning and Identity earlier today. . . a very good book by the way! 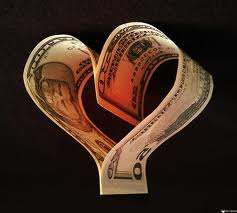 After tracking the life-goals of first-year college students, Astin found that in the mid-1960s there were about 45% of college students who rated “being very well off financially” as a very important objective. That figure jumped to 75% by the mid-1980s. When Astin asked those same students about “developing a meaningful philosophy of life,” over 80% of the mid-1960s students endorsed that as a goal. By the mid-1980s the number of students who aspired to that same goal had dropped to just a little more than 30%. Cote concludes that money-seeking goals and meaning-seeking goals have traded places among those transitioning to adulthood. He writes, “the American college-educated population is far more interested in ‘making money’ than ‘making meaning.'”
Hmm. . . could this explain why retailers are launching “Black Friday” just about now?
Perhaps we should address these realities with the greatest urgency. . . by first examining the way things are supposed to be, and then looking at what happens when we embrace money over meaning.
God cares deeply about our attitudes toward money and wealth. Did you know that more is said in the New Testament about money and wealth than about heaven and hell combined? Five times more is said about money than about prayer. And sixteen out of Christ’s thirty-eight parables deal with money!
Look at a few of the words Jesus spoke about money and material things:
“Do not store up for yourselves treasures on earth, where moth and rust destroy, and where thieves break in and steal. But store up for yourselves treasures in heaven, where moth and rust do not destroy, and where thieves do not break in and steal. For where your treasure is, there your heart will be also.” (Matt. 6:19-21, NIV)
“No one can serve two masters. Either he will hate the one and love the other, or he will be devoted to the one and despise the other. You cannot serve both God and Money.” (Matt. NIV)
“Therefore I tell you, do not worry about your life, what you will eat or drink; or about your body, what you will wear. . . . But seek first his kingdom and his righteousness, and all these things will be given to you as well.” (Matt. 6:25, 33, NIV)
God also spoke about money and material things through the apostle Paul:
“People who want to get rich fall into temptation and a trap and into many foolish and harmful desires that plunge men into ruin and destruction. For the love of money is a root of all kinds of evil. Some people, eager for money, have wandered from the faith and pierced themselves with many griefs.” (I Tim. 6:9-10, NIV).
Theologian John Stott sums up Jesus’s teaching this way: “What Jesus forbids his followers is the selfishaccumulation of goods; extravagant and luxurious living; the hardheartedness which does not feel the colossal need of the world’s under-privileged people; the foolish fantasy that a person’s life consists in the abundance of his possessions; and the materialism which tethers our hearts to the earth.”
Throughout the pages of the Bible, God makes it clear that money in and of itself is not evil. Rather, it is the love of money and material things that clouds our view and leads us down the wrong road in the pursuit of worldly success. This is exactly what happened to the rich young man in Mark 10:17-22 who sought out Jesus for the answer to the gaping hole that he knew existed in his life. He comes to Jesus and asks what he must do to receive eternal life. Jesus tells him that he must give up his earthly treasures because they stand in the way of his finding treasure in heaven. The man left his encounter with Jesus sad because he was unwilling to stop worshiping the god of his wealth. Then Jesus turned and said to his disciples, “How hard it is for the rich to enter the !” (verse 23, NIV).
C.S. Lewis knew the dangers of money and wealth when he warned, “Prosperity knits a man to the world. He feels that he is finding his place in it, while really it is finding its place in him.”
In 1928 a group of the world’s most successful financiers met at the Edgewater Beach Hotel in . It is said that, collectively, these seven tycoons controlled more money than there was in the United States Treasury. For years newspapers and magazines had been printing their success stories and holding them up as role models to young people across the nation. But do you know what happened to each of these successful men within twenty-five years?
Our kids need to know that God’s definition of success stands in marked contrast to the definition that the world would have us believe. Two different definitions of success. Two different paths to take in life. Two different outcomes. We must teach our children that the real measure of their success in life – and ours – is how much they’d (we’d) be worth if they (we) had absolutely nothing.