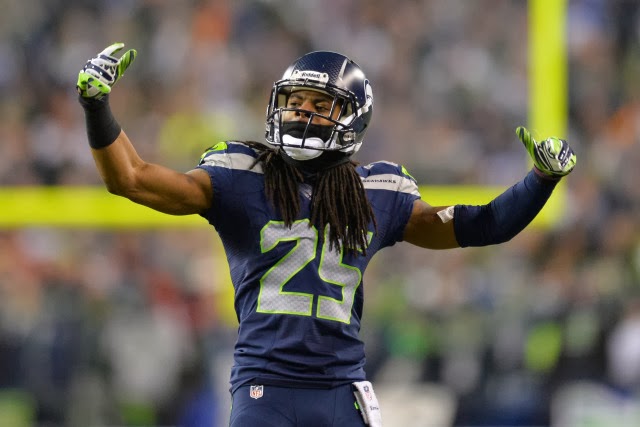 I’m late. . . really late. . . I know. After all, it happened almost five days ago. In today’s world of speed, obsolescence, and everything from yesterday being “so yesterday,” I’m late in the game. I have to confess that I’m late in the game by design. The speed of the world can easily convince us that you need to speak and you need to speak NOW or what you say will be irrelevant.

I’m learning that wisdom sometimes dictates taking time to ponder your thoughts for a good long time before they emerge into words. I’m a guy who needs to take Proverbs 29:20 to heart far more often than I do: “Do you see a man who speaks in haste? There is more hope for a fool than him.” The lesson is this. . . don’t say too much. . . and what you do say, don’t say it too fast.
So, five days later I thought I’d share some very brief thoughts on Richard Sherman. . . this week’s most famous man in America. I think Richard Sherman is worth talking about. He’s put himself out there and now that he’s out there, we need to process him with each other and with our kids. So, here are some random thoughts on what happened five days ago, and the man that decided to make it happen. . .