A few years ago I was speaking on youth culture at a church in the Midwest that sits directly across the street from the local high school. I had challenged those in attendance to reach out to the large population of broken and confused kids who walked the halls of that school each and every day. Afterwards, a woman shared a concern and asked a question. She explained that she was part of a group of Christians who were working to get the school to ban the upcoming “Day of Silence.” “What can we do to stop it?” she asked. 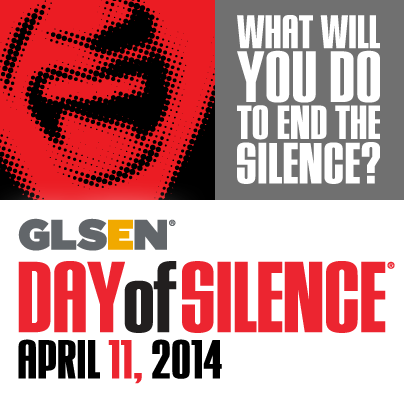 If you’re in the dark regarding the “Day of Silence,” here’s an explanation: Founded in 1996 at the University of Virginia, the “Day of Silence” is billed by organizers as the largest student-led event towards creating safer schools for all, regardless of sexual orientation, gender identity or gender expression. The national event has been growing in recent years, and is intended to bring attention to “anti-LGBT name-calling, bullying and harassment in schools.” Students in middle schools, high schools, and colleges take a vow of silence for the day in an effort to encourage schools and classmates “to address the problem of anti-LGBT behavior by illustrating the silencing effect of bullying and harassment on LGBT students and those perceived to be LGBT.”

Scheduled to be held this year on Friday, April 11, hundreds of thousands of students in middle schools, high schools, and colleges across America will participate. The event is officially sponsored by the Gay, Lesbian and Straight Education Network (GLSEN). According to research from GLSEN, nearly nine out of ten LGBT students report verbal, sexual or physical harassment at school, and more than 30 percent report missing at least a day of school in the past month out of fear for their personal safety.

Students participating in the “Day of Silence” are encouraged to download and hand out “speaking cards” which say: “Please understand my reasons for not speaking today. I am participating in the Day of Silence, a national youth movement bringing attention to the silence faced by lesbian, gay, bisexual and transgender people and their allies in schools. My deliberate silence echoes that silence, which is caused by name-calling, bullying and harassment. I believe that ending the silence is the first step toward fighting these injustices. Think about the voices you are not hearing today.”

After pondering the woman’s question for a few moments, I offered a response that I think surprised her. My response was rooted in a couple of realities. First, but not foremost, there’s my own experience of harassing people during my high school years, something rooted in my own adolescent insecurities. You know – putting others down to feel better about myself. While I’m ashamed to admit it, my behavior included harassment of a small number of peers who were rumored to be homosexuals. Second, and foremost, is my understanding of who God is, who He’s made people to be, and who He’s called His followers to be. . . especially in response to those who – like you and me – are sinners desperately in need of God’s saving grace.

And so I told her this. . . First, I believe that God has established sexuality as a good and wonderful gift that is to be experienced and celebrated with great freedom within the bounds of His order and design. That design is clearly articulated in the Scriptures as being a good and wonderful gift of God to be experienced and indulged within the context of an exclusive, covenantal, monogamous, and committed marriage between one man and one woman. Because our world is fallen and broken, there will be sinful distortions of that plan that we are to avoid (even “flee from”) including adultery, fornication, pornography, sexual abuse, sexual lust, and same-sex sexual activity. . . among other things. All are equally sinful distortions of God’s good and perfect design for our sexuality. We are to teach these truths to our children without hesitation in a cultural climate that increasingly teaches and celebrates otherwise.

Second, banning the “Day of Silence” only deals with symptoms of deeper issues and really accomplishes nothing. Shouldn’t we be concerned about the hearts where those deeper issues live and from which the symptoms rise to the surface? And while we’re talking about hearts from which the issues come, what about the hearts from which hate and ignorance flow. . . . especially when those hearts belong to those who claim to follow Christ? What about hearts that find it so easy to rank and categorize sexual sin, even to the point of ignoring, diminishing, or justifying one’s own sexual sin by focusing on the sexual sin of another?

Third, we can’t force anyone to follow Jesus. Only God’s Spirit is able to draw people to Himself. While we can’t strong-arm people into the Kingdom of God, we can and must choose to follow Jesus ourselves. Following Jesus means facing our Pharisaical tendencies/sins head-on, while loving sinners as Jesus has loved them (and us! . . . because we’re in that group too). Loving, caring for, and ministering to sinners is our calling, just as our calling is to hate and avoid sin. As I remember John White once saying, “As Christ is to me, so must I be to others.”

Finally, I asked her this question: “Have you ever thought about acting on your concern by sitting down and spending some time getting to know and listening to the kids who are planning the ‘Day of Silence’ at your school?” She paused. . . as I guess most of us would. . . and said “no.” I then challenged her to find out the names of the kids, invite them out to Starbucks, and then sit with no other agenda than to listen, learn, build a relationship, love, and begin a conversation.

What would happen if we would stop working so hard to “protect” our kids by legislating morality, and start “providing spiritually” for our kids by modeling how to take the Gospel to those who are hungry for Heaven? I’m learning that while it might seem easier to wish and work away differences I might not like, Jesus is calling me to go as His ambassador to people He’s called me to love. Then, He’ll take care of the rest.

I highly recommend this helpful guide from Harvest USA on how to respond to the Day of Silence. You can access the guide here.