Earlier this year, Rhiannon Scully had too much to drink. Two of her friends encouraged her to guzzle a mixture of vodka and whiskey. They issued their dare to Rhiannon after seeing someone do the same on a viral Facebook video. When her mother found Rhiannon with her eyes rolling back in her head, she called an ambulance. Rhiannon was fortunate. After spending the night in the hospital and having her stomach pumped, she returned home. Rhiannon is nine-years-old.
Rhiannon Scully had indulged in a competitive social-media-fueled drinking game that’s sweeping through Australia, the United Kingdom, and now the United States. Known as NekNominate, this new and dangerous competition is especially popular among the under-30 crowd, including young adults, college students, teenagers, and even pre-teens.
Originated in Australia, NekNominate combines “Necking” (the Australian slang term for guzzling or chugging alcohol) with nominating others to do the same. How does it work? 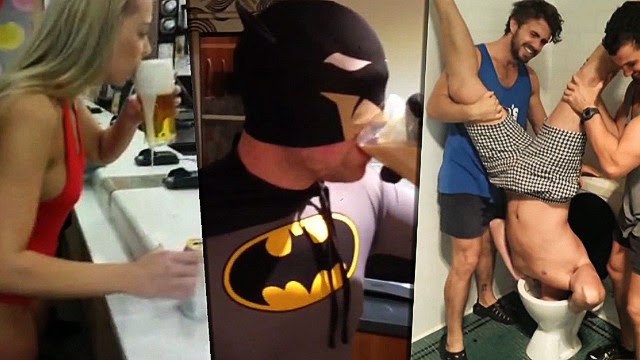