I’m guessing we’ve all had these conversations with at least one young somebody. And reasoning with a teenager through the dangers associated with. . . well, it can be a host of things in today’s world. . . is only getting more difficult. I’m talking about those times when age-inspired wisdom meets adolescent enthusiasm. It’s those times when a seasoned brain filled with experience engages in discourse with the blossoming cognitive abilities of a young person whose head is definitely on its way, but not yet at its destination.

The discussions about marijuana use are particularly rampant and difficult these days. Legalization offers ammo to those kids who are looking for more ammo in the “it’s harmless fun” argument. In this case, the culture isn’t doing any favors for those of us who want to steer kids away from that which can cause harm of all kinds. Even when science offers compelling evidence, a growing number of kids are recklessly, impulsively, and foolishly choosing to do long-term harm to themselves. . . and justifying it all as benign.

Recently, a study was released that links long-term marijuana use to memory problems.  This is the kind of stuff that we need to be talking about with our kids. We want to protect them from harming themselves during their teenage years. And, we want to prepare them for a lifetime of caring for their God-given bodies.

Yes, you should continue to talk with your kids about the dangers of illicit drug use, including marijuana. But how? Here’s a helpful little infographic to get your conversations started. . . 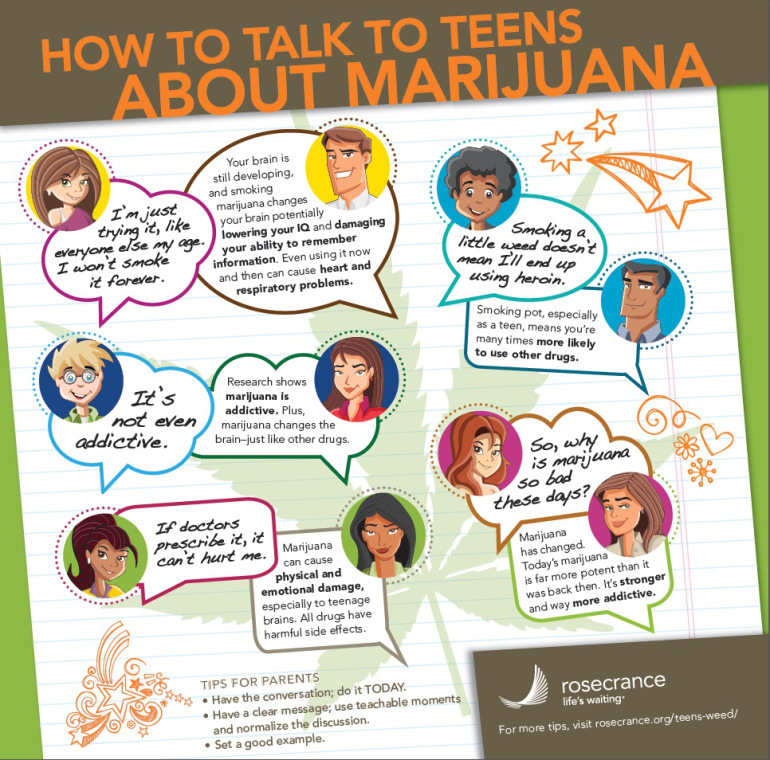