While watching a scene from the iconic teen film The Breakfast Club a few weeks ago, I suddenly realized just how much our world has changed. It dawned on me that not one of the movie’s five main teenage characters ever picked up, looked at, or engaged with a smartphone or digital screen of any kind. Rather, their engagement during Saturday detention was with each other! In fact, nobody in the film engaged with a screen. Yep. . . times have changed.

I got to thinking about how digital technology has changed, crippled, and even eliminated face-to-face communication. And with our Thanksgiving gatherings just a few hours away, I’m guessing that the older you are the more you’ll notice the same thing when you gather with family and friends at the table. Time around the table isn’t what it used to be. The old days  are captured in Norman Rockwell’s familiar Thanksgiving painting, “Freedom From Want” . . . 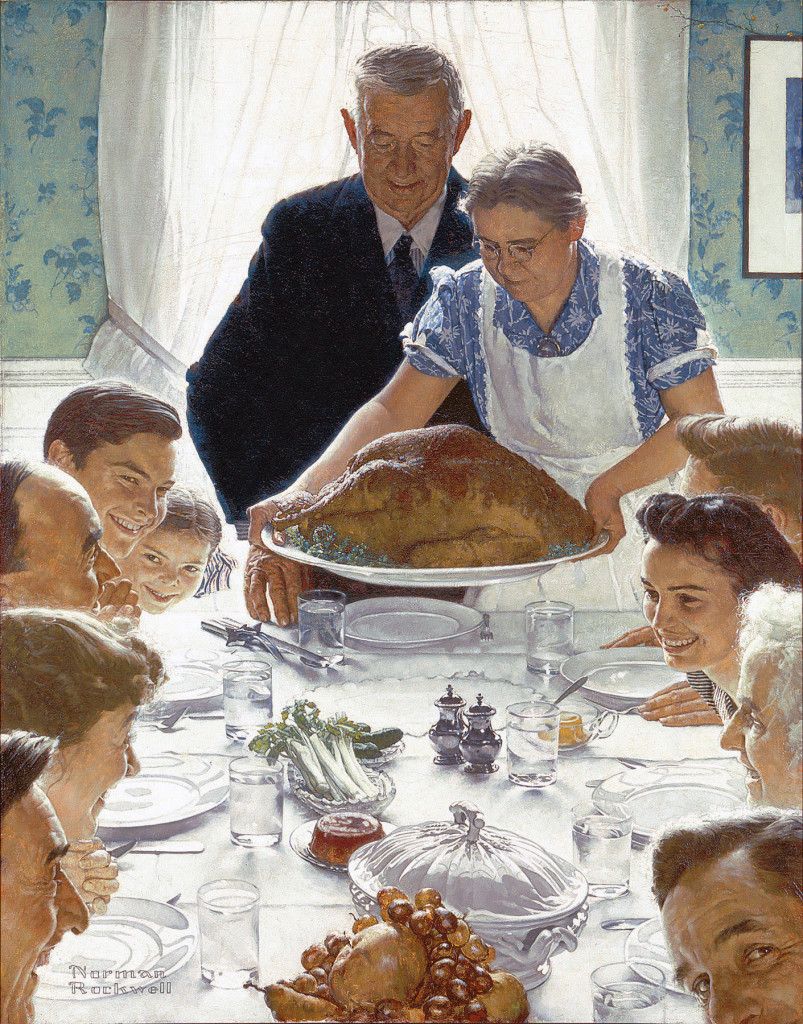 The new way of doing things together yet alone is captured in this fictional yet oh-so-real comic. . . 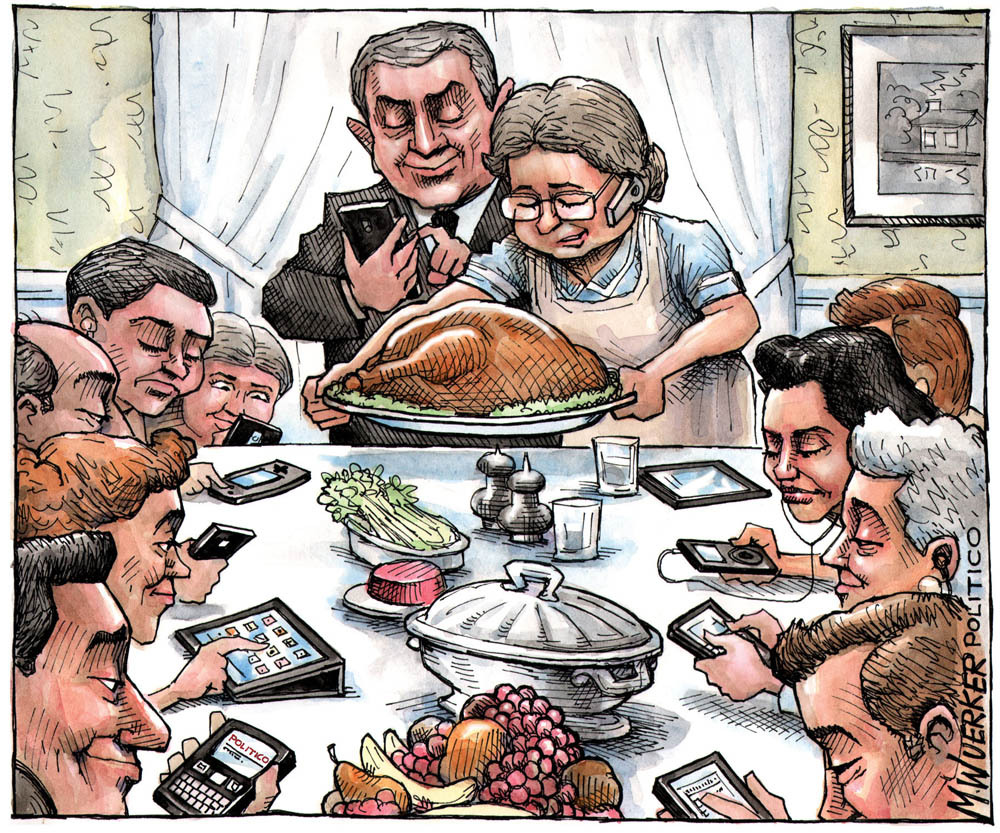 So, with this in mind, how would you feel about pushing back and being a bit counter-cultural this Thursday? And, how about doing it all day? Here’s what I’m going to do. . . and I invite you to do the same. . .

First, I’m going to shut off from all social media. No checking. No posting. No engagement whatsoever. I’m not going to look at anyone else’s Thanksgiving pictures. Nor am I going to be posting any of my own. I’m off for twenty-four hours beginning at midnight tomorrow.

Second, while my phone will remain on so that I can take make and take phone calls to family who won’t be spending the day with us, my phone will not be in my hand, on my lap, sitting on the table, or anywhere on my person while I am engaged with real flesh-and-blood human beings.

Finally, after I’m done focusing on people rather than pixels, I’m going to be thinking about how my Thanksgiving social media shutdown was different from other days. And, I’ll share that with you.

So. . . are you up for a challenge? Will you join me in mutually ignoring your virtual friends? Let me know that you’re in. And once you’re through the day, how about sharing some thoughts on what it was like?