For those of us who track trends in youth culture, the most helpful go-to research on teens and drugs is without a doubt the annual Monitoring the Future Survey from the University of Michigan. The first results were released way back in 1975. Over the years, new types of drugs have been added to the list as youth culture has morphed in more ways than one.

Later this morning, MTF researchers will hold their annual teleconference with the press to report this year’s findings. Press releases and other data are already available to the public on several of the study’s online outlets. One initial press release shows some encouraging findings in drug-use trends among teens, along with some areas of concern. The release states, “The 2015 Monitoring the Future survey (MTF) shows decreasing use of a number of substances, including cigarettes, alcohol, prescription opioid pain relievers, and synthetic cannabinoids (“synthetic marijuana”). Other drug use remains stable, including marijuana, with continued high rates of daily use reported among 12th graders, and ongoing declines in perception of its harms. The MTF survey measures drug use and attitudes among eighth, 10th, and 12th graders, and is funded by the National Institute on Drug Abuse (NIDA), part of the National Institutes of Health. The survey has been conducted by researchers at the University of Michigan at Ann Arbor since 1975. For the first time, daily marijuana use exceeds daily tobacco cigarette use among 12th graders. Daily marijuana use for this group remained relatively stable at 6 percent, compared to 5.5 percent reporting daily cigarette smoking (down from 6.7 percent in 2014).”

As always, we believe that parents, youth workers, and educators should take note of the MTF results. Despite some downward ticks in trends, teen substance abuse is a major social and spiritual problem in our country that requires non-stop diligence on the part of those who care for and love kids. To get you started on your journey to understand and address current drug-use trends, we’re passing on these infographics released this morning. . . 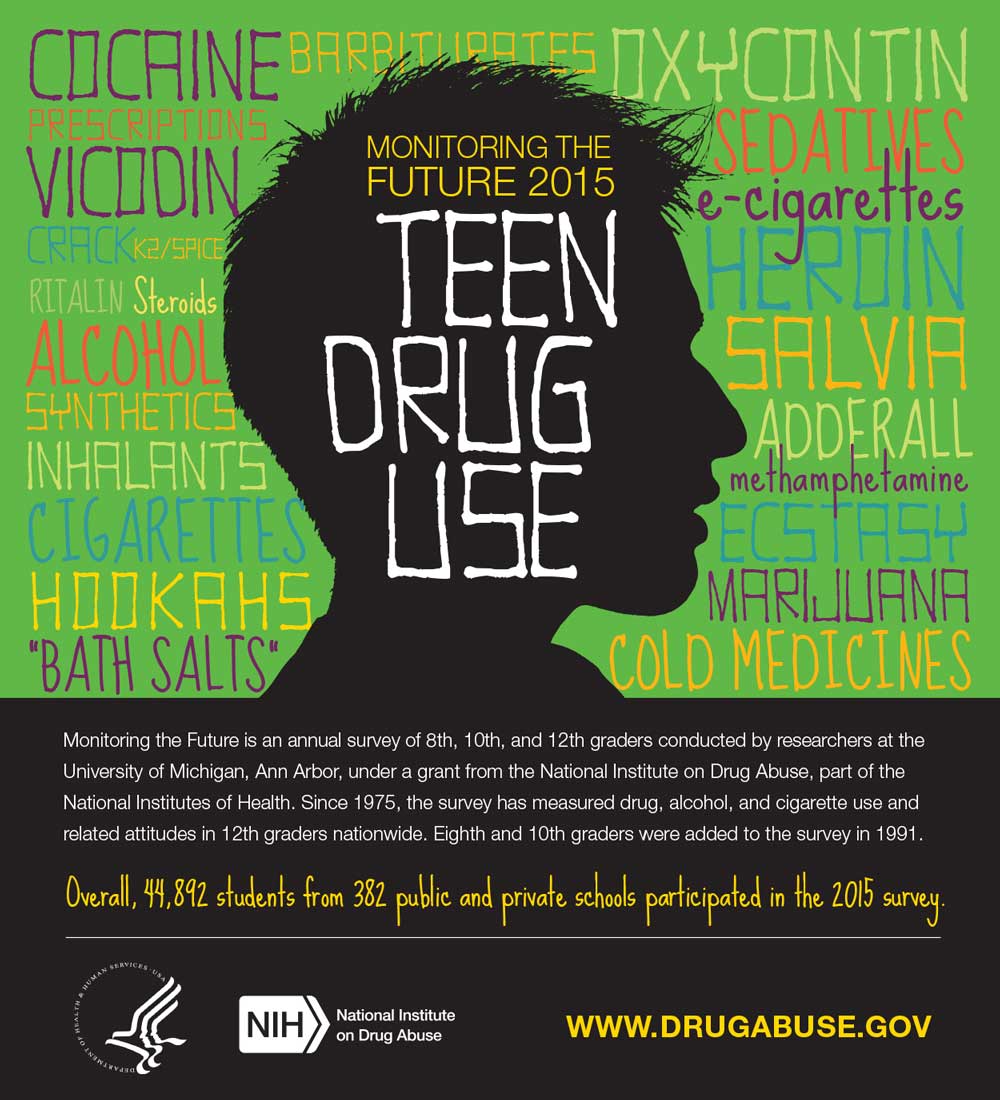 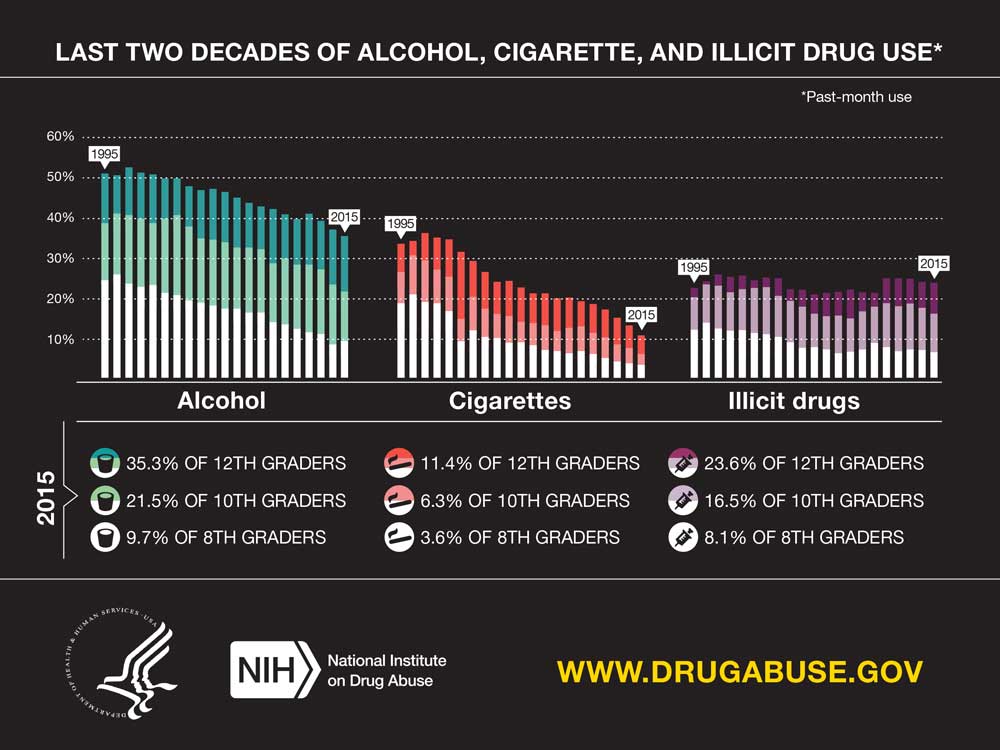 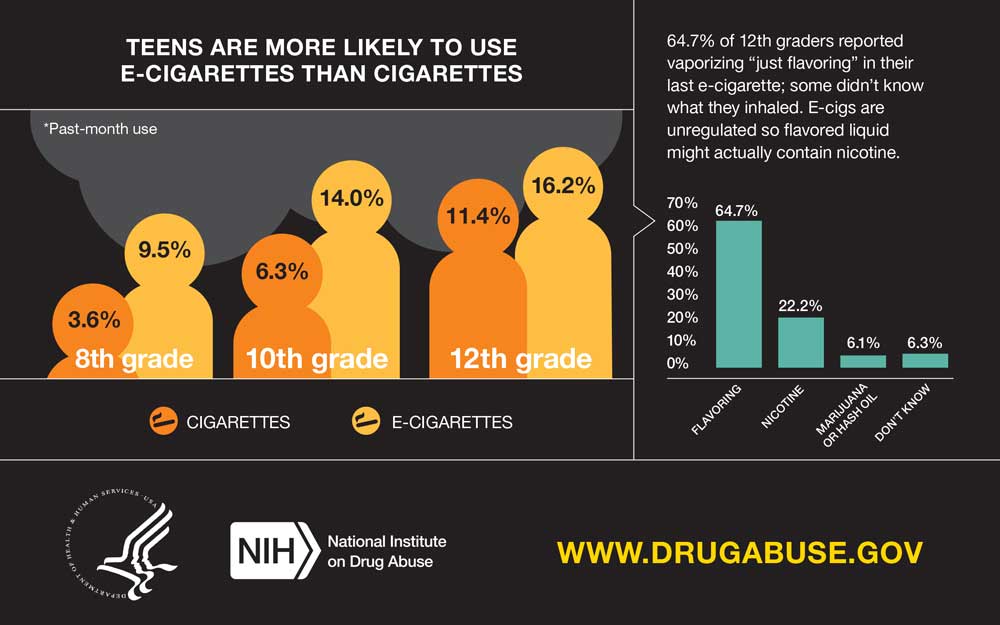 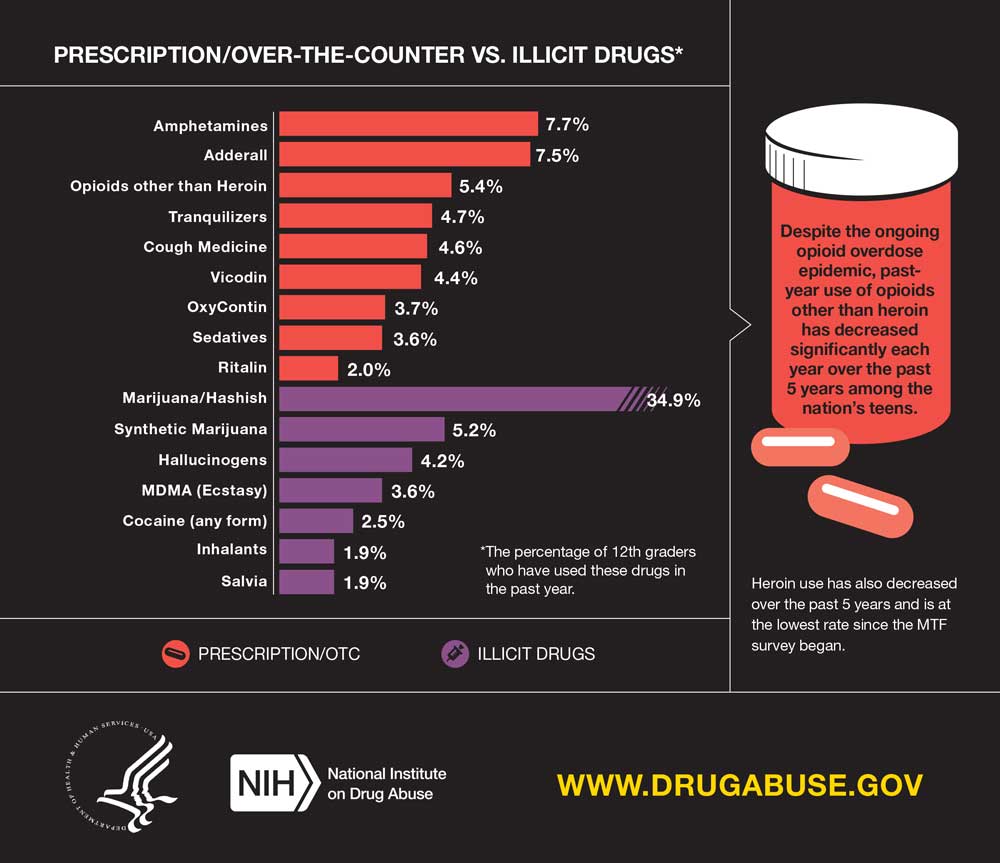