Jesus said that it is out of the overflow of the heart that the mouth speaks. If he was ministering in today’s world I believe he would stretch that to include what and how we speak on social media. In other words, we can deconstruct our postings and the postings of others and use what we find as a window into our hearts. And when we get into our hearts, we begin to see the beliefs – both right and wrong – that inform our behaviors. In essence, we are able to put our lives under the microscope of God’s Word to discover just how wise and just how foolish we really are. 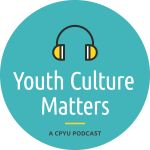 Earlier this week we posted a brand new episode of our Youth Culture Matters Podcast which features a fascinating discussion with our good friend Duffy Robbins about wisdom and how to instill it in our kids. I’ve been thinking about Duffy’s suggested title for the podcast episode – “Straight Choices in a Crooked World” – and the urgency we should feel regarding our need to pursue, embody, and teach wisdom to our kids. “Wisdom,” Duffy says, “is seeing things from God’s perspective.”

As I was processing our conversation I thought about the ways that the foolishness that lives and grows in our hearts is manifesting itself in the ways that more and more people are using social media. There were four stories, in particular, that I think we can use to provoke and stimulate good conversations about wisdom with our kids. 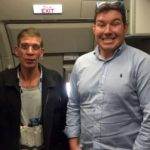 First, there’s the hijacker selfie. On an EgyptAir flight, Seif Eldin Mustafa claimed that he had an explosive device strapped around his waist. He hijacked the airliner. During the hijacking, 27-year-old Ben Innes hopped up and grabbed a smiling selfie with the hijacker. The result? Innes went viral on social media. We will go to any length for a selfie-opp. . . especially if it might lead the views and celebrity. 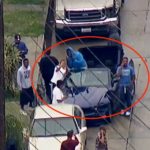 Second, there was the recent car chase in L.A. A twenty-year-old and nineteen-year-old led police on an epic chase after they burglarized a home. Driving a convertible, helicopters followed and filmed the chase. . . which again is one more way to gain an audience. In a bizarre twist, the pair got out of the car after it became undriveable. They jumped into a group of bystanders and exhanged hugs and high-fives with the crowd. . . and then they shot selfies before surrendering. Again. . . bizarre and quite-telling. 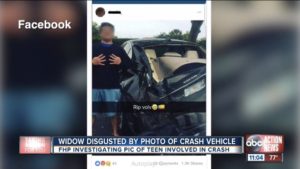 Third, there was the story that came out of Florida about a fatal crash involving a gasoline tanker and a Volvo driven by a 16-year-old teenager. The truck rear-ended the Volvo and in attempt to avoid the collision steered away, overturned, and burst into flames. . . killing the 53-year-old driver. the Volvo was still driveable and the teens sped off, leading to charges for leaving the scene of an accident and violating the conditions of his learner’s permit. What was most disturbing was the fact that the teen posted a selfie with the car and the words, “RIP Volvo.” 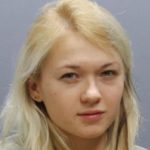 Finally, there’s the story that broke yesterday about the 18-year-old Ohio teenager, Marina Lolina, who livestreamed the sexual assault of a 17-year-old female friend on the social media app Periscope. It seems that Lonlina sat by and did nothing but livestream the rape being committed by a 29-year-old man. Both the assailant and Lolina have been arrested.

Foolishness that’s a window into the heart. We must teach kids about wisdom. If not, it will become a lost virtue.