Culture is a map and a mirror. That’s a mantra of ours here at the Center for Parent/Youth Understanding. As a map, it defines life. It tells us what to believe and how to behave. As a mirror, it reflects back to us the image of who we’ve become, telling us what we have come to believe and how we have come to behave. So, we encourage those who care about kids to watch their maps and mirrors, offering affirmation and correction where needed. 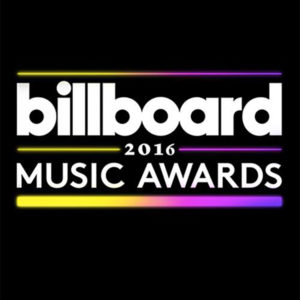 For a few decades now we’ve been watching the cultural artifacts we’ve come to know as music awards shows. It could be The Grammys, The VMA’s, The American Music Awards, and The Billboard Music Awards. The latest installment of that last one ran last night. I watched. . . for about 75 minutes. Honestly, it was frustrating. And whether you think I’m being fair and accurate or not, let me tell you why I didn’t watch the entire show, and why I’m generally left wearied in recent years by these music awards shows. It used to be that I would sit with full attention, watching from start to finish. There was variety and creativity. I would furiously scribble notes, ponder what I’d seen, and then post ramblings on what we can learn from culture’s maps and mirrors based on what I’d seen. To be honest, the task these days is cumbersome, monotonous, tiring, and even a bit depressing. Here’s why. . .

First, I think the creativity factor has diminished to the point where there’s little that’s fresh and new. Instead, almost everything has become incredibly formulaic. There were some moments where musical creativity and talent did shine a bit last night, but for the most part the greatest creative efforts are being put forth by the marketers and production people. Increasingly, the music serves marketing and production, rather than vice-versa. Consequently, there’s very little that’s new, engaging, and refreshing.

Second, a generation of kids is robotically celebrating and singing along. If this is the best we’ve got to offer, then it’s what our kids will take. And when it’s aggressively and effectively marketed, they’re buying it. Add some lights, smoke, dance moves, and auto-tune (if, in fact, someone is actually singing live), and we love it! That’s actually a tragedy. It’s not us at our best. And, it caters to the worst in us.

Finally, I’m afraid that we are continuing to take God’s good gift of sexuality and turning it into a trivialized idol. Now, here’s where I sound like an old guy. . . but I actually think I’m making a very accurate observation that’s informed by a biblical worldview: What we embrace is a musical entertainment diet consisting of a full-course menu of monotonous, formulaic, musical foreplay. That thought really lit up as I was watching Nick Jonas last evening.

Yes. . . all creation groans for redemption as Paul writes in Romans 8. Last night I saw 75 minutes of groping. In reality, it was a groping for God. It’s my hope that our kids would learn to embrace His image and create good music to His glory. It’s my hope that we and our kids would pursue the one true God first and foremost, in ways that would embrace sexuality as a way to glorify God, rather than making sexuality into a god.