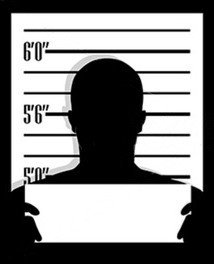 A few years ago my friends at Youth Specialties asked me to put together a new seminar for the National Youth Workers Convention. It was titled “Wisdom for a Young Youth Worker.” I came up with my list of things that someone had told me when I was young and just starting out in youth ministry. The last task was to put together the visuals. And so, I googled “youth pastor” assuming that I was conducting a simple search for a generic image or two to drop into the background of the title slide. . . and what appeared on my screen left me rattled.

My search turned up about a 60/40 screen full of images. About forty percent were photos I could use. The other sixty percent were mug shots. That’s right. . . mug shots of our peers.

A quick scan through the stories behind the pictures revealed a pretty specific kind of failure, impropriety, crime, and sin. Every single one was in trouble for crossing sexual borders and boundaries with a student.

This morning, I checked my curated Google News feed and under the term youth appeared this story: “Former Church Youth Pastor Who Sexually Assaulted Child To Be Sentenced.” It seems that at least one of these horrific stories appears every week. Usually it’s more than one.

And so, with that in mind, I’m going to restate these thoughts once again. . .

All of us are sexually broken. We have all crossed borders and boundaries in thought, word, and deed. Be watchful. Ponder 1 Peter 5:8: “Be sober-minded; be watchful. Your adversary the devil prowls around like a roaring lion, seeing someone to devour.”