I hope you’re tracking with the news this week. Of course, in today’s world there’s that difficult task of sorting out the real news from the fake news as the constant flow of mediated reports flood the feeds on our smartphones. Are we being fed truth? Or are we being fed lies? Still, there are some newsworthy stories that deserve our attention for the very reason that they are reflecting who we are and what we’re becoming.

During this week when we’re meeting with a brand new cohort of Doctor of Ministry in Ministry to the Emerging Generations students at Gordon-Conwell Theological Seminary, we’re navigating through some discussions on postmodernism. We’re talking about things like truth, ethics, and relativism. . . along with examples of how these matters are reflected in contemporary culture. Tracking with the news offers case studies on where we stand on matters of right and wrong. 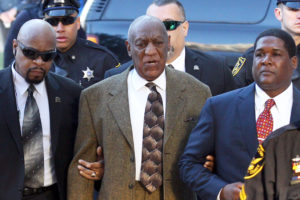 There are two stories in particular that I would suggest you monitor as they unfold. First, there’s the Bill Cosby sexual assault trial. Once one of America’s most respected entertainers, Cosby’s life has been spiraling down due to multiple reports of alleged sexual assaults and horrifying misconduct. Even while sexual mores and standards are loosening in our culture (what used to be wrong may now be seen as normal and even right), male privilege and misogyny are rightly being challenged. . . something that is long overdue. And where this trial progresses and ultimately ends will be quite telling as to how we view not only our sexuality, but the overall categories of right and wrong. . . at least in this moment in our culture’s history. 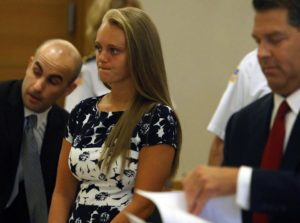 Second, there’s the troubling story of Michelle Carter, the now 20-year-old who is on trial for sending a series of text messages to her boyfriend, Conrad Roy, urging him to take his own life. When Roy completed his suicide back in 2014, authorities discovered Carter’s alarming texts and arrested her. This week, she’s on trial in a Massachusetts’ Court for manslaughter. Guilty or not guilty? Right or wrong? Should she be held responsible? It will be interesting and quite telling to see what the court decides.

Culture, as we always say here at CPYU, is both a map and a mirror. Somewhere along the way, both Cosby and Carter learned cultural maps that shaped beliefs which in turn shaped behaviors. What the judicial and legal systems do with these cases will offer a mirror into who we are and what we believe. And then the cycle will continue, with the decisions in these cases serving as maps.

So, watch and learn. “Read” these stories through the lens of God’s Word. Then as you’re learning, never forget that both you and the kids you know and love are broken. Our default setting is to do the wrong thing. Heed the warnings. . . because there but for the grace of God go you and I. And finally, prayerfully pursue a life of redemptive presence by living out Kingdom priorities. . . serving, as Jesus calls us to, as salt and light.