“Everybody’s working for the weekend. . . !” At least that’s what the band Loverboy had us singing way back in 1981. The sentiment captured a philosophy of life that existed long before the band sang it out, and it exists as a passionate commitment among so many in today’s world. Somehow, work has become a necessary evil both philosophically and functionally in too many lives. That’s not a message I want my kids embracing and living.

Our work is designed to be so much more. The Genesis creation account tells us that God “worked” to make it all over the course of six days. Then, He “took the man and put him in the garden of Eden to work it and keep it” (Genesis 2:15). In his book Every Good Endeavor, Tim Keller writes, “This view of work – connected with divine, orderly creation and human purpose – is distinct among the great faiths and belief systems of the world.”

This last week I was prompted to think again about work, calling, and vocation thanks to two  news stories. 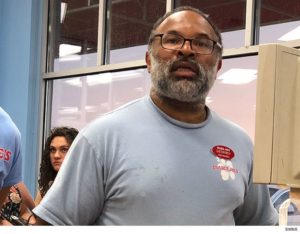 The first hit the national news and caused quite a stir. It seems that 57-year-old Cosby actor Geoffrey Owens (Elvin on the show) was recognized by a customer checking out at the Trader Joe’s in Clifton, New Jersey. The customer shot a photo of Owens that eventually went viral on social media, leading to some highly publicized accusations of job-shaming the actor. But rather than shying away from the attention in shame, Owens has dones some interviews and communicated a view of work that clearly reflects the dignity God gives to all work. Owens said,  “This business of my being this ‘Cosby’ guy who got shamed for working at Trader Joe’s, that’s going to pass. … But I hope what doesn’t pass is this idea … this rethinking about what it means to work, the honor of the working person and the dignity of work. And, I hope that this period that we’re in now, where we have a heightened sensitivity about that and a re-evaluation of what it means to work, and a re-evaluation of the idea that some jobs are better than others, because that’s actually not true. There is no job that’s better than another job. It might pay better, it might have better benefits, it might look better on a resume and on paper, but actually it’s not better. Every job is worthwhile and valuable, and if we have a kind of a rethinking about that because of what’s happened to me, that would be great.”

My thinking went a step further when I read a local news story reporting that a local family-owned grocery chain of four stores here in Lancaster was closing. A Facebook friend who’s a local young man who grew up in our town, Quint Eno, worked at the Darrenkamp’s Market here for 13 years. Quint penned and posted a powerful reflection on his experience at Darrenkamp’s that is filled not only with great appreciation for the Darrenkamp family, but for the lessons learned while he worked for the store. It reflects that same high view of work that we can celebrate from Geoffrey Owens. Quint wrote. . .

What I learned after 13 years at Darrenkamp’s Markets:

I learned the meaning and power of service. I learned that a simple hello, a hand shake, eye contact, a smile, and even a hug can break down barriers and forge long lasting relationships. I learned that giving back is necessary and essential to happiness. I learned that what goes around comes around. That when you go above and beyond what is expected you will be rewarded.

I learned the importance of authenticity, humility, and integrity. I learned to “practice what you preach.” To be the example. That no one is above any task. That if you don’t know, say you don’t know, but you better be sure to figure it out, or find someone who can. The importance of following through. That when you mess up, fess up. That honesty is, in fact, the best policy. That when you genuinely care for someone great change can be made.

I also learned that it’s important to continue to grow. To continue to learn, change, evolve. To avoid the comfort zone. To seek challenges, even if you fail. I also learned that doing so is hard, very hard. That no one is perfect. That we will always be an unfinished product. And that sometimes our strengths can also be our weakness.

In the most sincere way, thank you…for everything.

Somebody taught both of these guys well.

Sometimes, sadly, we devalue certain types of work as “less than.” Shame on us. All work matters. And that’s a lesson we need to be speaking and living into the lives of our kids.