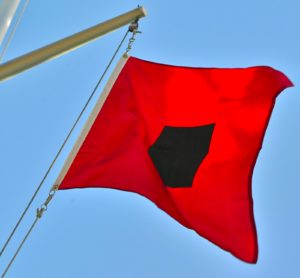 Hurricane Florence has me thinking about something an old friend told me over 30 years ago. I was living in Miami and the Director of the National Hurricane Center became a friend. When a storm was on it’s way or pummeling the coastline, Dr. Neil Frank was a mainstay all over the television networks, keeping viewers updated. When hurricane season ended, Dr. Frank didn’t slow down. He spent his time issuing warnings about preparing for the inevitable. He would tell people that storms would come. . . you can be sure of that. I remember him lamenting all the building that was taking place on the coastline. He believed that storms would come and in addition to all the visible damage, when the sand was washed away the shakiness of foundations could be seen.

Preparation. It’s all about being realistic about what’s coming. If we are truthful with ourselves, we realize that the storms of difficulty, brokenness, and heartache will hit us all hard someday. You can turn your head and mind in another direction and ignore the inevitable, or you can prepare.

I’ve said it to my kids this way. . . “Constantly be filling the well of your life with the Word of God. What you put in there is what will be there when you need it. . . and you will.”

Last week I read these words from an old southern preacher: “What’s in the well comes up in the bucket.”

This morning I read these words in James 5:8. . . “Establish your hearts, for the the coming of the Lord is at hand.”

Which of these narratives are you living and speaking to the kids you know and love?