The only answer uttered by everyone in the room was “No”.

The grandfather asking the question is a long-time child psychologist who has worked for decades with parents and kids. He then went into a sobering overview of kids and suicide today that left all those grandparents stunned. 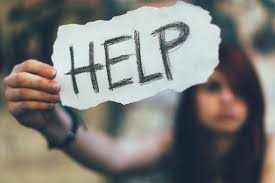 This morning I was scanning the news and ran across this headline: “Survey finds teen suicide risk up by 53 percent since 2012; 1 in 10 Iowa teens have suicide plan.” The article goes on: “The number of Iowa teens with plans to kill themselves has increased by 53 percent since 2012, according to results from The Iowa Youth Survey released Tuesday by the Iowa Department of Public Health. According to the survey, one in 10 participants has a suicide plan. One in 20 reported attempting suicide in the past year. More than 70,000 Iowa students in grades six through 11 took the survey.”

2017’s “Pain In The Nation” report put forth sobering numbers as well. The numbers not only reflect the pain among children and teens, but they should be causing us pain as we ponder how to best reach kids with the life-giving message of the Gospel and the life-supporting experience of flourishing here on earth within the Body of Christ. No kid should get to the point where the darkness of death is brighter than their everyday existence in life.

The report reads, Deaths from suicide among 0 to 17-year olds grew 84 percent in the last decade (2007-2016) and are having devastating consequences for their families and communities. Suicide is the third leading cause of death among children aged 10-14 and the second leading cause of death among those aged 15-24. In just one year (from 2015 to 2016), the suicide rate grew by 10 percent among children  under the age of 18. Suicide rates among girls aged 10-14 increased 231 percent in the last decade and rose 8 percent in 2016. The number of high school students who reported seriously contemplating suicide also increased significantly from 13.8 percent in 2009 to 17.7 percent in 2015.

Finally, this prayer from Scotty Smith’s Everyday Prayers. Pray it for your kids struggling with depression. . .

Why, my soul, are you downcast? Why so disturbed within me? Put your hope in God, for I will yet praise him, my Savior and my God. Ps. 43:5

Dear heavenly Father, this Scripture stirs me to pray for friends who struggle with various degrees of depression—friends living at various points on the axis between mild melancholy to the relentless pangs of suicidal depression. Father of mercies, grant me grace, teach me how to love in the complex and dark places.

Thank you for already rescuing me from simplistic views of depression. It’s not as simple a condition as I used to think. I grieve the ways I used to counsel the depressed, and it saddens me to realize how much pressure I put on them to get better and “get over it.”

David asked the right question in a season of duress: “Why, my soul, are you downcast?”  Indeed, Father, what are the various reasons for a downcast, disturbed soul, and what does hoping in you look like for each?

Father, for friends who are depressed for no other reason than living as strangers to your mercy, grace and love—keep them restless until they rest in the riches of the gospel. May they redemptively despair until they are driven to the forgiveness, righteousness and peace that only come from faith in Jesus.

Father, for those whose dark emotions and skewed thinking are the result of unvoiced abuse, trauma triggers and yet-to-be healed heart wounds, bring your welcoming embrace, everlasting compassion, and healing grace to bear.

Father, for friends suffering from depression generated by anatomical anomalies—lead them to the right kind of medical care. Help us in the community of faith to be patient and understanding of the complexities involved in their care. The risk of abusing medications is always there—give us wisdom together.

Father, to your throne of grace, I bring those who suffer from depression fueled by demonic activity. Satan’s condemning, blaming, and shaming voice is enough to generate the deepest forms of despair. Show us how best to care for those under the spell and sway of our defeated, fury-filled foe (Rev. 12:12).

I do and I will yet praise you, my Savior and my God. My hope is in you, Father—for me and for my brokenhearted and dispirited friends. So very Amen I pray, in Jesus’ compassionate and victorious name.