One of the great misconceptions about worship is that it’s something that only takes place when a group of people gather for a few minutes or so to sing together. While corporate worship is an important part of the Christian life, the kind of worship God calls us and our children to is a 24/7 endeavor that never ends.

In Romans 6:13 the Apostle Paul reminds us that we are to “use your whole body as an instrument to do what is right for the glory of God.” Besides teaching this to our kids through our words and example, we must pray diligently for God’s Spirit to move our kids to give their bodies over to God through worship.

In her book Praying Through The Bible For Your Kids, Nancy Guthrie offers a prayer we can not only pray for our kids, but one we should adapt to pray for ourselves. Take some time to write this prayer, laminate it, and keep it handy so that you can silently pray it each day as they head off to school. 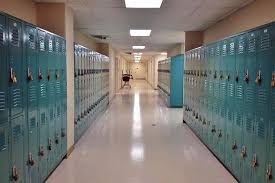 Lord, from head to toe, inside and out, from beginning to end may no part of ­­____’s body become an instrument of evil to serve sin. Instead, may ­­­____’s whole body be an instrument to do what is right for your glory!

Don’t let  ____’s appetite for sex or food or drink make him a slave to them. Instead, sanctify his appetites for sex and food and drink so that all of them cause him to look to you for the sanctification he craves.

Don’t let ____’s hands grasp the things of this world too tightly. Instead, give him hands that are willing to work and hand that touch others in great compassion.

Don’t let ____’s eyes seek out what is corrupting or contaminating. Give ____ a love for what is beautiful and pure.

Don’t let ____’s ears tune in to voices that doubt or mock the things of God. Instead, give him ears that are open to your Word and your ways.

Don’t let ____’s intellect be captured by the thought patterns of this world. Instead, fill his mind with the depths of your knowledge and wisdom. Amen.