So. . . we are and should be thinking/talking/planning about the adjustments we will make in our youth ministry strategies once this pandemic passes and we all get back to normal. I hope that our lives and our ministries will be different. Times like we are having now serve to reveal to us the elements we should be lopping off, while helping us understand the additions we should make. The question is, “Will we settle back in to life as normal? Or, will we act on lessons learned?”
A couple of weeks ago I chatted with my friends Tony Souder, Cameron Cole, John Perritt, and Doug Franklin. . . all youth ministry leaders with sharp/theologically-informed minds. . . about whether or not youth ministry programming is dead. You can listen to that conversation here. . .
As I’ve been thinking about the changes I need to make in my own life and at CPYU, I’m also thinking about the changes we need to make in our youth ministries. I remembered a blog post from a few years ago where I asked some of these same questions. Here’s what I wrote. . .
The truth is that I was jealous. I was convinced that there was no way I could compete. Even worse, I believed there was a competition. I was a young youth worker doing ministry in a suburban church during the 1980s, a decade marked by excess and greed. I realize now that I had allowed myself to be swept up into the cultural frenzy where even in the world of youth ministry, bigger was always better. The fact that I was standing in a neighboring church’s sparkling new youth building – complete with gymnasium! – made our youth ministry seem small, insignificant, and suddenly not so good. 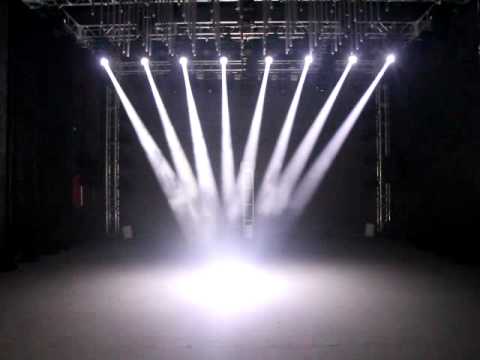 I wish I could say that the days of believing that bigger is better in the world of youth ministry are long gone. But they aren’t. My travels now take me to a variety of churches large and small. Depending on where I’m at, I either get the initial facility tour with narration punctuated with either great pride, or great lament. At the larger cutting-edge churches, I stand in wonder and awe as proud youth workers show me youth facilities that combine coffee-shop ambiance, amusement park fun, and the theatrical environment and technology of a cutting-edge video recording stage. During many of those tours, I thank the Lord that I’m no longer my 80s youth ministry self. If I was, the envy would kill me. At the smaller more traditional and budget-limited churches, my tour-guide is usually apologetic as they grieve the fact that they just can’t measure up to the big church in town. “Cutting-edge” for them is using a beat-up DVD player to show a movie to a youth group made up of seven or eight kids. . . . who are all, by the way, jockeying for position on a pair of rust colored cast-off youth room couches that no longer have legs. Okay. . . so those are stereotypes. . . but you get the point.

Sadly, those of us who do youth ministry have sometimes morphed into a way of pursuing our high-calling in not-so-admirable ways. Even more sad is the fact that we don’t even know it’s happened. Perhaps it’s because we’re too busy “doing” for God that we’ve lost our ability to slow down and let God tell us who we’re supposed to be and how we’re to do what we’ve been called to do. Is it possible that in an effort to do great good for God, we are actually doing something horribly bad? I’ve also wondered if in our efforts to promote and further the Kingdom of God, we might actually be keeping kids from going deep in the things of the Kingdom. Sure, cutting-edge sound, computerized lighting, and a couple of nice smoke machines help to get kids in the door. They are all great ministry tools. . . or maybe not. Do they facilitate a deep and lasting faith? I don’t think any of us would answer “yes” to that last question. Yet our growing fascination with and dependence on that stuff might be evidence of an unconscious nod in the affirmative. Could it be that we’re nurturing kids into a spectator-faith that won’t be (nor should it be) the least bit compelling when boredom sets in (the novel always gets outdated and as styles change at a faster and faster pace) or the power grid goes down?

My friend also told me about how the state-of-the-art room was regularly being used. His hosts explained that on any given weekend there are three times when the church congregation gathers. And every time they gather on the campus, the adults go to the main service while the teenagers worship together in this place that’s all their own. I’ve heard this same story countless times over in recent years. Thirty-five years ago my younger self would have embraced the opportunity to rescue my students from the boredom of “big church” if I had had a trendy place for them to gather together with their peers for a “relevant” worship experience all their own. After all, the older folks didn’t understand kids and how to minister to them. I could have easily administered the antidote to boredom by simply giving them what they wanted. I have to admit, there were many times during those years when that was the criteria for my ministry decisions.

Why then, do we make it all so complex? Maybe the Coronavirus pandemic will result in youth ministry changes that facilitate what should be happening. I sure hope so!