This morning I sat here thinking back over all the sad and sorry brokenness of the last six months. I was prompted to do so by receiving word that my friend Tim Russell’s memorial service is being held tonight. . . finally. . . at Second Presbyterian Church in Memphis. During those first couple weeks of navigating the life changes brought about by the pandemic, everything became real when Tim died from Covid-19 on March 30. . . which was the first of a series of life-changing pandemic events.

The next day, an early ministry mentor went to be with Jesus. And the day after that, my dad did the same (graveside service in a little over a week from now). Over the course of the next few months we navigated quite a few major life-change events. Several more deaths of long-time friends. Cancellations galore. Becoming empty-nesters for the first time. The marriage of our daughter (a good thing!). And more. I know the same kind of life changes have been happening for everyone.

One event that I think about almost every day as a first and last thing, is the day in May that we euthanized our 17-year-old pup, Sully. In the larger scheme of things, it was nothing. But when I out-of-habit get up in the morning and go to put him out, and late at night when I go to do the same before bed, I think about the joy he brought to our family. This morning, I remembered blogging about our dogs a few years ago and did a little search. Here’s what I wrote nine years back. . . and the lesson holds. . .

I know the folks from PETA pr 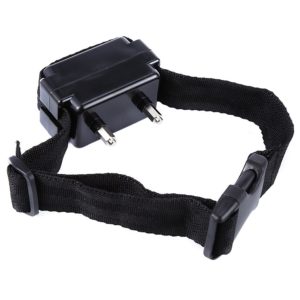 obably don’t like them, but I’m a big fan of the electric dog fence. I bought and installed mine about 16 years ago when we welcomed a big, beautiful Golden Retriever pup into the family. It quickly became clear that Tucker believed he was destined to be the alpha dog in the pack known as the Mueller family. What ensued was a battle between Tucker and me for alpha dog prominence. Sure he was beautiful, lovable, and a joy-of-a-dog. His relationship with my then young son Nate was like something out of a Disney movie. Those two loved each other.

But Tucker loved to do his own thing and run. . . which always led to moments – that sometimes stretched into hours – of panic as we chased, waited, chased, and waited for him to come home. On several occasions he crossed busy streets. . . and made it. At other times he would disappear for hours and then come home covered in burrs and all sorts of smelly stuff clumped in his fur as a result of his run-and-roll-dujour.

Eventually, I sprung for the electric fence thanks to a half off sale at K-Mart. After burying almost 600 feet of wire around the perimeter of our yard, I loaded the batteries into Tucker’s new shock collar. (Hint for installers – DON’T stand directly over the wire while you’re putting the battery in with the fence turned on and the contact prongs pressed firmly into the palm of your hand!) After a few days of training, Tucker was now able to run free in the yard while staying within the boundaries, a good thing since when we had to tie him out he would pass time and eliminate canine boredom by digging holes that almost reached the water table. Our life had become a routine of chase the dog and fill the holes.

The sad ending came when Tucker finally figured out that he wanted to break the boundaries we had established for him and roam beyond the safe confines of our yard. He started bolting through the shock and disappearing for hours. When we finally had to put him down at the age of 5, we were heartbroken. He had run one too many times and gotten into some poison at a local farm, and it was killing him.

Eight years ago – after a couple of years without a dog – we got Sully the Cockapoo. He’s a great dog. Because we had the fence already installed, the shock receiver went on Sully’s collar and he was quickly trained to stay in our yard. Last weekend, a neighbor called to tell me that Sully was in her yard. Hmmm. I changed the battery in his collar. The next day, he took off beyond the boundaries and went up the street. Hmmm. Maybe it’s not the battery. After doing some diagnostics, I discovered the old wire was most likely broken. Since I couldn’t locate the break, I decided to install a new wire. Lisa and I worked for a few hours to bury the new wire and it’s all good again. Sully is sticking around. He knows where to go to stay safe. He knows where not to go to avoid the shock.

Last night as I was laying in bed thinking about my dogs and how much we’ve loved and enjoyed them, I was thankful for the invention of the electric fence. What a great thing! Sorry PETA. We can keep an eye on Sully once again. We love him and we don’t want him to wander. We want him to flourish in this little kingdom known as our yard. We want him to be safe. We don’t want him to get hurt, run over by a car, or destroyed by poison. So, we’ve established boundaries. And when he leaves them. . . well, we worry and fret. . . and, we go looking for him. . . all of us. . . calling his name and hoping he’ll come home.

And then I was thankful for the truth, guidelines, and boundaries that God has given to me. They are for my good. They flow from his grace, mercy, and love. It is within those boundaries that I can know true freedom. That’s where I can flourish. Still, I try to break the boundaries and run, thinking that I know better. And when I do, he comes after me.

Sully’s electric collar isn’t an instrument of torture. It’s a sign of our love.