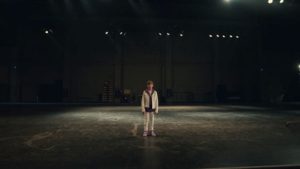 ‘ve watched it several times. . . and every time it feels a bit like getting punched in the gut. It’s short, minimalist, direct. . . and it hits hard. Since being released last Friday, the video for Justin Bieber’s new single “Lonely” has over 21 million views. And because of our shared humanity lived out in a world where things are not the way they are supposed to be, there’s not one person who hasn’t experienced loneliness at some point. Few, if any of us had to endure the difficulties of growing up as a child celebrity, but we do have some idea of what it is that Bieber is singing about.

It was nine years ago that Sherry Turkle warned us all about the rising tide of loneliness in her book, Alone Together: Why We Expect More From Technology And Less From Each Other. Her message convinced me that even though we are living in a world filled with tools and technology that should connect us with others at unprecedented levels, we are actually experiencing a greater sense of aloneness and loneliness than ever before. Both have been on the rise ever since, resulting in a mental health crisis among our kids. . . and even among those of us who are adults.

If you haven’t already seen it, Justin Bieber’s Lonely is worth a watch. . . or two or three. And, it is offering us a golden opportunity for discussion with our kids. To help you in that process, we’ve put together one of our 3(D) discussion guides on the song. In the guide, I’ve listed a variety of ways you can embrace the teachable moment handed to us by “Lonely.” You can download the discussion guide here. If you are unfamiliar with our “3(D) review” process, it’s based on our How To Use Your Head To Guard Your Heart: A 3(D) Guide To Making Wise Media Choices tool that’s been taught by youth workers and parents to tens of thousands of kids. (You can learn more about securing copies of this CPYU resource here.)

As I went to bed last night, I got to thinking about Bieber’s song. . . particularly the way that he cries out in the song’s short chorus. Then, what came immediately to mind was an old song about loneliness from Michael Kelly Blanchard, “Jesus, The Lord Of The Lonely Inside.” This morning, I pulled the old CD off the shelf and gave it a listen. The message is one of great hope for the lonely. Like Bieber’s song, it is short, direct, and hard-hitting.

There is no sorrow that God cannot heal.

There is no damage that He did not feel.

Moment by moment He’s there where you hide.

Tenderly holding you close as you cry.

Jesus, the Lord of the lonely inside.

Jesus, the Lord of all love crucified.