Is anyone else tempted to scream “Enough already!!”? The back and forth on social media, much of it between acquaintances and friends, seems to have become more volatile in recent days. Conversations that should be had face-to-face and one-on-one are taking place online. And where two or three are gathered together and locked in escalating disagreement. . . well, there is the entire world watching from a front-row seat. These social media conversations are less than productive unless our desire is to throw gasoline on the fire of ungracious division-making. 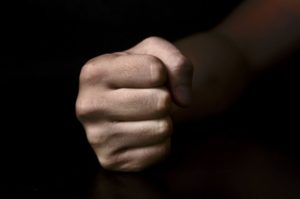 Over the last few days I’ve had a few conversations with legitimately frustrated friends who have found themselves refereeing escalating online disagreements between folks who are not only friends, but brothers and sisters in Christ. This has prompted me to revisit Alan Jacob’s great piece, “I’m Thinking It Over.” Jacobs writes, “The internet is also a mugger, but what it demands is not my money but my attention and my reaction, and it wants them right now. And ‘I’m thinking it over’ isn’t an acceptable response.”

In his article, Jacobs goes on to offer these wise and timely guidelines for weighing in that have helped me further my understanding and practice of what I’ve come to value in my life that I call, “The Principle of the Purposeful Pause.” What would happen if we would all play by these rules and then teach our kids to do the same? After all, all of us will be living with and on social media for the rest of our lives. . .