This morning I read good and difficult words that reminded me just how apt we are to quickly come undone through the pursuit of all the wrong things. It’s a difficult proposition to live faithfully in today’s world when there are compelling, attractive, and persuasive voices that continually bombard us around-the-clock in ways that convince us that the pursuit of all the wrong things is oh-so-right. The script for our lives flip, turning vices that should be avoided at all cost into virtues which we hold onto for dear life.

The first difficult and timely words I read are about our default setting to pursue all the wrong things in life. Psalm 135 talks about idolatry. Tim Keller says that “idols are usually good things turned into ultimate things because we look to them to give us the significance and security that can come only from God.” The initial result of pursuing idols is stated in Psalm 135:18: “Those who make them will be like them, and so will all who trust in them.” The ultimate result of idolatry is much worse than that. We become what we worship.

The second difficult and timely words I read piggy-backed on Psalm 135. The first chapter of Old Testament prophetical book of Haggai (quite obscure, I know) recounts God’s message regarding the idolatrous ways that his people had slipped into over a very short period of time. Charged with rebuilding God’s house, the people had forsaken that duty to tend to what they allowed to become the all-consuming task  of rebuilding their own lives, homes, and bank accounts. And, true to form, their idolatrous pursuits led only to great frustration. The principle is the same in our New Testament times. We are called to put our efforts into building God’s Kingdom rather than pursuing the course of this world. . . and getting this wrong will undo us. 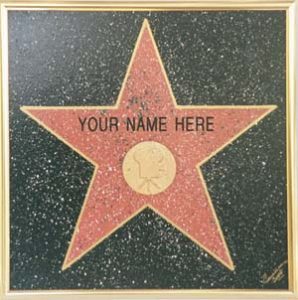 After reading and pondering these words, I opened this article that a friend had sent me overnight: “The Sad Irony Of Celebrity Pastors.” In so many ways it’s an article that serves to warn us against our own inclinations to believe and pursue the around-the-clock course-of-this-world guidelines for what’s most important. . . beliefs and pursuits that are not only idolatrous, but which undermine the advance of God’s Kingdom will and way in our world. Thinking we are serving and advancing God and His Kingdom, we are only fooling ourselves and everyone else as we are serving and advancing our own kingdoms. It’s the difference between pursuing righteousness and pursuing idolatry and sin.

The article, by an admitted former attendee of a church named Ben Sixsmith, is a case study based on the high profile story of Hillsong’s Carl Lentz. I’m not sure if Lentz had “a downfall”, or if it could more accurately be called an “unmasking”. I was reminded of a mantra I’ve put on a loop for myself and those youth workers I’ve had the privilege to train over the years: Seek the spotlight and it will blind you. That mantra is even more necessary in our digitized social media world that makes it possible for anyone in ministry anywhere and at anytime to pursue celebrity and the building of a personal brand/following. Sixsmith’s perspective is spot-on: “Making yourself a very public representative of God, rather than a humble messenger, is a dangerous business when you are – like all of us – a very flawed human being. . . I am not religious, so it is not my place to dictate to Christians what they should and should not believe. Still, if someone has a faith worth following, I feel that their beliefs should make me feel uncomfortable for not doing so. If they share 90 percent of my lifestyle and values, then there is nothing especially inspiring about them. Instead of making me want to become more like them, it looks very much as if they want to become more like me. That, sadly, appears to have been true of Lentz and his celebrity acquaintances.”

As I’ve been pondering our shared fallen inclinations this morning, I circled back to something I wrote almost ten years ago. It was prompted by a series of uncomfortable conversations I had a youth ministry conference. I still believe everything I wrote back then. . . even more today than I did when I first wrote this a decade ago. May these words challenge you as they have challenged me. . .

I’m not sure that there’s any way I can express my thoughts in writing that won’t sound arrogant or condescending. I want in every possible way to express my thoughts in a way that captures the deep concern I have about something I see happening in the little world where I live known as “the world of youth ministry.” It’s a concern motivated by a desire to see the best happen in the Kingdom and for the people who inhabit it. My recent trip to another Simply Youth Ministry Conference hammered home a concern that flares up every time I participate in some sort of national youth ministry gathering.

For years, my concern has been fueled by a small group of people who would always approach me one-by-one to ask me this little question: “How can I do what you do?” “You mean, study youth culture?” I would respond. “No,” the inquisitor would say. . . “I want to know how I can become a speaker.”

What once started as a small group is growing larger.

I’ve been asked that question in one way or another over the years in ways that have allowed me to gain a pretty clear sense of what’s really being asked. The same question has been asked of enough of my peers in this unique calling as “trainer” that we can compare notes that are, for the most part, identical. Many times, those doing the asking are young. They have the advantage of years and years of opportunity on the horizon to serve the King. On the other hand, the years of experience, training, and learning that lay behind are few. Sadly, I think the aspiration is motivated more and more by the self-centered beast that lives within (all of us, by the way) – a beast that finds a welcome home in a culture that sees feeding the beast as virtuous, and that gives us all the tools we need to create and build the brand known as “me, myself, and I” even if that brand is only a facade covering a lack of depth, knowledge, and experience. I’m talking here about things like the Web, YouTube, Facebook, Twitter, and lots, lots more.

So, after years of being asked and deconstructing both the question and the ones doing the asking, can I offer a few thoughts in response?

1. Why?. . . why do you aspire to do what I am doing? Rarely is someone asking about studying youth culture. When that’s the case, I light up! Usually, the person is on a quest to make a name for themselves and develop a following. If that’s the case, then it’s time to squelch your aspiration.

2. I didn’t choose my vocation or my position. . . nor did I ever ask for it. I was called to be someone doing youth ministry in the local church. About 12 years in, God used a series of circumstances to call me into doing what I’ve been doing with CPYU for the last 21 years. Initially, I fought the calling. Eventually, I had to yield. It’s the same for everyone I know over the age of forty who gets their face pictured next to seminar titles in conference brochures. None of us – as far as I know – asked for it or sought it. God prepared us for it over the course of several years, and then He pushed us into it. . . in spite of the fact that some of us went so far as to push back.

4. Don’t open your mouth in front of a group unless you’ve got something to say. . . and be sure you’ve taken the time to know as much as you can about what it is you’re talking about. That’s a rule I have for myself. I slip up enough, I know. But it’s a rule worth working really, really hard to follow.

5. You’re not a brand. You’re a person. The profile and “press kit” you build for yourself can be whatever you want it to be. That’s a dangerous thing. The reputation of your character, your commitments, and your work will take care of itself. . . if you take care of your character, your commitments, and your work. And by all means, don’t use your spouse and/or your children to build your brand. I have some very famous former neighbors who did that, and they are now living out a very public train wreck.

6. If God gives you a platform, watch out. It’s not easy. The travel stinks. Being away from your family is very, very hard. You have to set limits. The temptations run deep and wide. I could go on and on. Simply stated, it’s not what you think it is.

At the most recent Simply Youth Ministry Conference, a youth worker spotted me at the front desk of the hotel. He came over and started a conversation by saying he was excited to talk to a “celebrity.” I cringed and immediately became very uncomfortable. I know he didn’t mean anything by it, but it was a very difficult moment for me. I never want to be seen or perceived that way. I never want to aspire to that status. And, when I have the opportunity, I’d tell everyone I know to avoid the pursuit of celebrity like the plague. . . for the simple reason that that’s what the pursuit of celebrity in youth ministry seems to be becoming.