The story about the 22-year-old professing Christian girl from Connecticut is one that appeared in my news feed last month. Until recently, Lindsay Capuano spent her days pouring into kids through her work at a Christian daycare center. But she soon discovered she could make far more money through developing her presence and following on social media. She eventually took her large Snapchat and Instagram following with her to the social media site OnlyFans, where content creators earn money from users who subscribe to their photo and video content. Initially, content was created and shared by musicians, fitness instructors, and chefs. But because OnlyFans allows creators to share pornography, it’s become a cash cow for people like Lindsay Capuano, who has millions of followers.

This all leads to the headline I spotted last month: “Christian OnlyFans model says her faith will not stop her from stripping down to the tune of $200k a month.” While Capuano’s beliefs and behaviors regarding sexuality stray so far from God’s good design that they are concerning enough, it’s her understanding of what it means to be a follower of Jesus Christ that’s most alarming. “My family is Christian but very laid-back, my religion has never stopped me from doing anything I’ve wanted to do,” she says. “God will love you no matter what – that’s what I was taught in my household, school and church.” 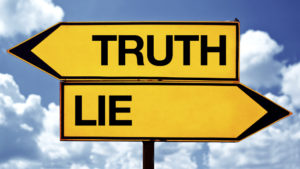 Lyndsay Capuano is just one example of the way in which we increasingly opt out of a biblically-based Christian faith that believes God defines Himself and creates us in His own image, and into a “faith” that allows us to create and constantly re-create our own personal idea of God according to whatever image we choose in the moment.

In her recent book, Strange Rites: New Religions For A Godless World, Tara Isabella Burton describes the faith of Capuano and so many others: It is a “new, eclectic, chaotic, and thoroughly, quintessentially American religion. A religion of emotive intuition, of aestheticized and commodified experience, of self-creation and self-improvement and, yes, selfies. A religion for a new generation of Americans raised to think of themselves both as capitalist consumers and as content creators. A religion decoupled from institutions, from creeds, from metaphysical truth-claims about God or the universe of the Way Things Are, but that still seeks – in various and varying ways – to provide us with the pillars of what religion always has: meaning, purpose, community, ritual.”

So, while we might be encouraged that our kids label themselves “Christian”, talk about God, and show up at church, there are many whose ultimate authority is not the God who has revealed Himself in His written Word and the God-man Jesus Christ, but the authority of the holy trinity of me, myself, and I. They are following their intuition rather than following Jesus Christ.

Why should this matter to us? Of course, we want our kids to love, follow, and serve Jesus Christ. But with the culture and “the spirit of the times” catechizing our kids away from understanding who God really is and who He calls them to be, this reality should prompt us to increase our efforts to nurture our kids in the faith.

G.K. Chesterton once wrote, “We need something like a test. It is necessary to have in hand a truth to judge modern philosophies.” It’s no secret that “the truth” Chesterton knew we needed was the unchanging Word of God.

Youth workers and parents, is the Truth in your hands, head, and heart? And, are you passing it on to the hands, heads, and hearts of your kids?