If you blink this weekend, you will most likely miss it. But that won’t diminish the significance of what’s happening on the Nickelodeon kids’ television network this Saturday, June 19th. It’s a day when another ingredient will be added to  the cultural soup that sets the bar for beliefs and behaviors by defining what is normal when it comes to matters of gender.

First, some background. The Nickelodeon network has been around for some time. There’s been some great programming over the years. But lest we forget, Nickelodeon, like all commercial media outlets, exists to deliver captive and carefully defined audience to people who have something to sell. And along with the marketing efforts which we know as commercials, scripted content in the shows themselves promote a worldview on all kinds of matters. In the case of Nickelodeon, the network’s target audience is 2 to 17-year-olds. . . and they are masters at programming for kids in these age groups. 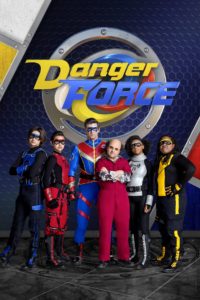 Now. . . about this coming Saturday. . . one of Nickelodeon’s most successful shows, Danger Force, has been running for a bit over year. The live action comedy for kids is about a group of young super heroes-in-training. It’s also a spin-off of the previously popular show Henry Danger, which ran for five seasons on Nick. On Saturday, a new episode in the Danger Force series will drop. And, when it does, it will feature for the very first time on Nickelodeon, a transgendered teenaged actor in a live-action series. Thirteen-year-old Sasha A. Cohen, born biologically female and now identifying as male, secured the spot after winning a competition started by Michael D. Cohen (no relation), also transgendered, who has a regular part playing Schwoz on the Danger Force series. The elder Cohen announced about a year-and-a-half ago a transition from female to male two decades ago. In an effort to help young transgendered actors break into the business, he has been running the Trans Youth Acting Challenge, which the younger Cohen had entered. This Saturday’s Danger Force episode was written and directed by the elder Cohen.

In so many ways, this is a significant cultural moment. . .

For the transgendered community and transgender activists, it is a step forward. It’s another open door and affirmation.

For those who hold to an historically orthodox biblical view of God’s design for sexuality and gender, this is a teachable moment. As you talk to the kids you know and love. . . and, as you engage in self-examination. . . let me offer three suggestions on how to respond.

First, we must always remember that all human beings have been made by God and in the image of God. Dignity, value, and worth mark all humanity. Our tendency has been to look at others who believe and behave differently from ourselves and see them as somehow “less than.” To do so gets us off the hook from engaging, loving, and treating others with dignity and respect. It’s a quick path from loving which leads straight into hating. That, friends, is not an option for followers of Jesus. Sadly, it has too often been a mark on the church as we engage with the watching world. Take your children into the first two chapters of Genesis to clearly see that the imago dei is present in all humanity.

Second, go to Genesis chapter 3 to read and think about the fall of humanity into sin. Everything in God’s good creation has been polluted by sin. The sin of our first parents is the same sin in which we engage today. It is the sin of pride. We believe that we know better than God. We want to be like God. In fact, want to be God. We want to rule our lives, to define ourselves, and to determine based on feelings/intuition who we are and who we will be. The tempter is continually fueling our doubts regarding God’s order, design, will, and way as he asks us – as he did our first parents – “Did God really say. . . ?” It is for this reason that we are all. . . ALL. . . broken in some way regarding our sexuality and gender. Our desires are disordered. And, for us to label the sin of others – regardless of what those sins are – as worse than any of our sins is horribly wrong. In fact, to do so is to sin.

Finally, we need to embrace God’s good order and design for our sexuality and gender. God’s creational intent for us is what we are called to live into. Following Jesus always requires a denial of self. . . which is a denial of our pride and disordered selves in any and every area of our lives. And to love fully, we must be willing to tell the truth. To be loved fully, we must be willing to be told the truth.

To help you engage in conversation on these matters we’ve created one of our Family TableTalk devotionals which you can use to spark conversation with your kids about God’s design for gender. You can download it here.

Saturday’s Danger Force episode reminds us that these are such complex, tender, and sensitive issues. But they are not to be avoided. They are to be carefully navigated with love, gentleness, and concern.