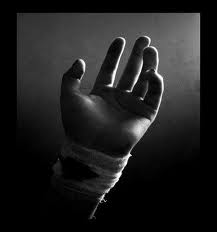 I first-encountered self-injury – more specifically, cutting – in the adolescent ward of a private psychiatric hospital back in 1974. Days out of high school myself, I was hired as a well-intentioned yet terribly ill-equipped and untrained “Mental Health Technician,” working the four-to-midnight shift with a revolving cast of 15 teenagers who were dealing with a variety of psychiatric disorders. One common-thread besides their close-proximity was a tendency for them all to slice away at themselves with anything and everything sharp that they could get their hands on. Usually, it was on their wrists. That location combined with a great deal of ignorance among our professional supervisors to lead them to instruct us to chart any and every incident as an “attempted suicide” or “suicidal gesture.” In hindsight, none of us had any idea at all what we were dealing with.

The sad reality is that since receiving that letter, self-injury has swept through youth culture like a plague. It’s not only a sign that more and more kids are hurting more and more deeply, but that cutting is no longer an unspoken and solitarily-discovered coping mechanism for those who hurt. It’s become popularized and thrust into the mainstream as an option for self-therapy and self-care through casual conversations, music, and film. In 2003, Catherine Hardwicke’s poignant film, Thirteen, depicted 13-year-old Tracey’s venture into the world of coping with a chaotic and confusing transition to adolescence through cutting. Earlier this year, the always-relevant Pink took music-fans into the bathtub of a teenager who cuts in the video for her chart-topping song, “F___ing Perfect.” These depictions and others stand as brutal reminders of an increasingly mainstream reality many of us would rather ignore.