Sometimes, the people who see the reality of the times are people who aren’t even living in and through the times. Many of them have lived before the times. . . sort of. . . because there’s really nothing new under the sun. We need to pay attention to these voices from the past for the simple reason that their vision isn’t clouded like our vision as people living in the soup of the present is clouded. Seeing clearly, they are like the “men of Issachar, who understood the times and knew what Israel should do”  (I Chronicles 12:32). 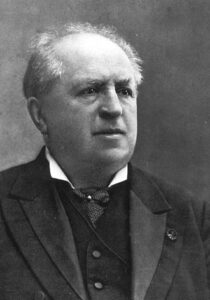 Abraham Kuyper is one of those people. If you don’t know him, you should get to know him. Twelve years before his death in 1920, his To Be Near Unto God book of 110 short meditations was published. Eighty-nine years later, in 1997, James C. Schapp updated Kuyper’s meditations for contemporary Christians.

I’ve been reading through Schapp’s updated version of Kuyper’s original and it is amazing to me just how contemporary and prophetic Kuyper was and still is. This morning, I read the following entry from Kuyper, based on Psalm 81:11 – “But my people would not harken to my voice; and. . . would (have) none of me.” It is as if Kuyper is watching culture today. . . and bringing the light of God’s Word to bear on the spirit of our times. . .

The wars waged by Old Testament prophets and New Testament Apostles differ radically from those we wage today. Modern paganism wears a different face from the old Baal-worshipers. Today, there are no idols, no physical manifestations of deity.

In a metaphoric sense, we all have idols, of course. A parent can idolize a child, for instance. But today’s paganism has no pagodas, no high priests, no sacrifices, no high festivals. To be sure, one can find dozens and dozens of covens of silliness-people who think they find meaning in crystals or harmonic convergences. But people in pointed hats worshiping weird deities are not at the cutting edge of contemporary paganism. They are not its soul or its power. Bizarre religious practices are not the real enemy.

The real power in modern paganism is that which is rooted in two beliefs: first, a denial of a personal God; and second, a belief in vague ideals about life and humankind.

In the Scriptures, vying images went into combat. Priest stood against priest on Mt. Carmel to determine the real identity of God. The fires proved that God was not Baal, not Jupiter, not Diana. God was only Jehovah. And his Son, Jesus, is the image of the invisible God.

Today people wince at the thought of a personal God. Not so in the Old Testament, when images of stone and brass implied a personal attention to faith and belief, But today no images rise above the contemporary landscape—no idols, no temples. 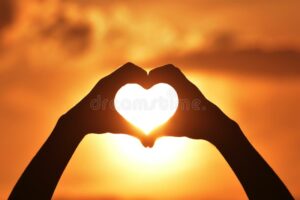 These beliefs are immortal expressions of the very character of God. But too often in our pursuit of them, we neglect the reality behind them. Love is not love; God is. Like the pagans, we have formed our own view of love and forgotten the source.

God sent his Son as an image. In Christ, the word became flesh and dwelt among us. The idea of love is powerless without its source, without Christ. The enthusiasm of the apostolic church – and its successes -was rooted in the reality of Christ, not the ideal. Greeks and Romans pursued the ideals of love passionately, but the apostles carried the living Christ into battle. He was the source of their power and persuasiveness.

In the recent past, an overemphasis on the humanity of Christ eventually gave way to a belief not in his person but his ideals – and once that shift was accomplished, it was easy to relegate the Word made flesh to the back forty. Really, the complaint of the Lord in Asaph’s song is his cry today: “My people… would [have] none of me.” All around us, people respect nature, take joy from art and culture, esteem love and generosity. But absent from their lives is true God-consciousness. He isn’t real to them personally.

But we have a war outside of our hearts as well, for our culture has denied the personality of God. What we need more than anything is to call ourselves and our world back to an intimate and personal relationship with Jesus Christ.

Love is God, after all. God, really, is love.