Last Thursday I spent a few minutes catching up with one of my tweenaged nieces via text-messaging. She likes to communicate with me that way. She lives several hundred miles away so I don’t get to see her too much. I went through my normal litany of questions about school, family, etc. At one point in our conversation, she confessed to multi-tasking as we were texting, and broached a new subject when she told me that she was online trying to find out if Rihanna was taking Chris Brown back.

Just like that, her text message opened the floodgates on a host of cultural issues. I was reminded that pop stars are front and center in today’s world. . . . even if yesterday they were virtually unknown. I was reminded that pop stars are made. . . . and that these manufactured pop stars develop quite a following. That following is young, very young, pre-teen in fact. Consequently, they’re very, very impressionable. And, I was reminded that our children and teens increasingly lead very broken and confusing lives. . . Rihanna and Brown are both still very, very young. I’ve taken a special interest as I had written in the last couple of years about Chris Brown’s music and story, and how he became a pop star.

Which leads me to the felony and abuse charges against Chris Brown. Just 19-years-old, Brown allegedly battered his girlfriend Rihanna fairly severely. The result – as it should have been – was felony charges filed against Brown. For the last several weeks, the soap opera has played out all over the media as fans and curious onlookers wonder if they’re relationship is on, off, on, or off. Sadly, this horrible reality is good for those in the celebrity gossip mill who need these high-profile stories to keep their following growing and satisfied. Last week, Oprah (the most powerful woman in America) had Tyra Banks and others weigh in on the situation. The editorial page of yesterday’s local paper had commentators dissecting and responding to the case as well. Once again, abuse is front-page lead-story news. 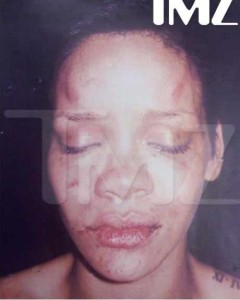 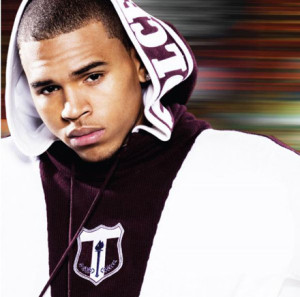 If we care about and love kids, then we need to do something with this story. On the one hand, we must avoid at all costs the temptation to follow the media culture’s lead that can lure us into assuming the gossipy voyeuristic posture that discusses fact and rumor void of discernment or perspective. On the other hand, we must seize this as a cultural reality that we can use to shape the future reality of our kids’ lives. But how?

First, we must realize that we live in a culture that both fosters and encourages actions like Brown’s. He’s a kid. A teenager. He’s grown up in a media world that’s been saturated with no-holds-barred sexuality, entitlement, misogyny, violence, relativism, and narcissism. The great irony in all of this is that while he most certainly should be held accountable for his immoral actions, who can blame him? Really.

Second, we must realize that just like Brown, our kids are kids growing up in the same world. Until we wake up and do something to stem the tide of this stuff at it’s source, well. . . it’s going to be more widespread, more common, and more severe.

Third, our responsibility is to address the reality that exists. . . prophetically. This is our greatest responsibility. We must know God’s will and way as revealed through His Word and speak that way of living in God’s world in contrast to the world’s way of living. This prophetic influence is exercised by following the teaching example of Jesus, proclaiming the “you have heard it said that” with the “but I tell you.” Our kids need to know that there is not only another way, but that that other way is the right way.

Fourth, we must address the reality preventively. This requires that we not only build strong families and teach kids how to think Christianly about the messages that constantly bombard them from the media, but to instill in them a sense of right and wrong that leaves them with the ability to quickly and clearly look at behavior like Brown’s and say, “Not for me.” We need to instill in them coping mechanisms and alternative, God-honoring ways of living in relationships with others.

And finally, we must redemptively address the “dragon” of violence and abuse that will rear its ugly head in the lives of the kids we know and love. The Chris Browns we know must be surrounded by the church and get long-term help. The Rihannas we know must be led to help, be told to forgive, and be told to move on.

Perhaps this redemptive step is the one that forces us to face some very confusing dynamics that must be understood more deeply and struggled with in terms of our practical response. I’m still trying to figure this one out. I know that God is a God of forgiveness, grace, and redemption. I know that the God who can move mountains and still storms can move the mountain of one’s collective past and command the seemingly endless storm of abusive behavior to cease. But what about all the evidence that seems to point to the stranglehold that sexually and/or violently abusive patterns hold on perpetrators? The “I promise to change and never do it again” all too often is followed with victim’s laments of “Why did I believe him/her?”. . . and then the cycle repeats itself one more time, and one time after that, etc.

Have you talked about this stuff with the kids you know and love? If not, why not? If so, what have you told them? If you start your day with the Bible in one hand and the newspaper in the other, how have you spoken the former to the latter?