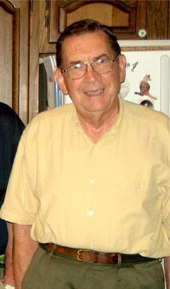 I have other people’s fingerprints all over me. They’re the marks left by the people who shaped my life in deep ways. I just found out that one of those people died on Christmas Eve. I didn’t find out until four months later when my Geneva College alumni newsletter showed up in the mail last week.

I was clueless college freshman when I met Dr. Russell Heddendorf in the fall of 1974. Believing I was called to work with people in some capacity, I chose to major in sociology, something that didn’t require any math. . . with the exception of a statistics class. Doc Heddendorf was not only the head of the department, he was the department. That meant that over the course of my four years at Geneva, we would be spending lots of time together both in and out of the classroom. Doc stayed at Geneva until 1982, and then went on to Covenant College where he taught until 2000.
Even though I’m a lover of books, most of my college text books were either sold, trashed, or put in an attic box. That is, with the exception of a handful. If you visit me in my office I could quickly point out the texts that I’ve kept nearby. Two of those books are quite unconventional because they were never published. They were from Doc’s Sociology 201 class. They still sit in the cardboard three-ring binders that they sat in when I purchased them from the college bookstore 35 years ago. Down the spine of the blue notebook I can read my own handwriting in black magic marker: Soc. 201 – In The World. This was the text book that Doc wrote himself. Sadly, it was only his students who ever got to read it. This is the book that challenged me to live the will of the Father as prayed by his Son on the night before his death on the cross. This is the book that began the process of shaping my world and life view. The spine on the red notebook reads Soc. 201 – Readings. The inside of this one was packed with Doc’s favorite articles. . . all stuff that he excitedly wanted us to read. There were writings from many classical sociologists as well as many more contemporary Christian and non-Christian thinkers. It was in the pages of this book that I first met Jacques Ellul, David Moberg, Francis Schaeffer, Peter Berger, and Os Guinness. It was here that I learned some life-shaping lessons about faith, culture, and the Kingdom of God. Elsewhere on my shelf sits the copy of Paul Tournier’s To Understand Each Other that Doc and his wife Ellie gave us as a wedding present. His handwritten note sits inside the front cover.

Everything I learned from Doc Heddendorf shaped who I am and what I am doing today. He gave me a deep understanding of how to view and live in God’s world. His fingerprint is not only on me, but on CPYU. I really miss those years that I had with Doc. I know this will sound like a silly cliche, but he was more than just a talking head in the front of the classroom. He was passionate about Christ, the church, and a sociological perspective that understood creation, fall, and redemption.

When I found out that Doc Heddendorf had died, I googled his name to try to find a more recent picture. When I found it, I saw how much he had aged, but he still had that full head of dark hair and that smile on his face. He was not the same stick of a man who used to bound across campus in an effort to make the most of the minutes he had been granted, but from what I understand, he was still hard at work for the King and the Kingdom.

To be honest, I’m not sad that Doc Heddendorf is gone from this earth. I had to smile when I read the news, knowing that he had passed on from this place that he endeavored to understand and impact. I’m grateful that he is eternally experiencing the fullness of the Kingdom of God that he was so, so passionate about.

Today I prayed that all of us would experience the blessing of having people like Russell Heddendorf in our lives.