Another reading question I love is one I’m thrilled to be asked by youth workers: “What books do you recommend I read?” Over the course of the last few years I’ve been answering the question not only with a list of books, but with a list of authors. Two of those authors that have shaped and reflected my own thinking on matters of faith and culture in concise and readable ways are two guys that I’m now privileged to count not only as heroes, but as friends. They’re both humble and unassuming guys who are incredibly gifted, have amazing stories, and who have gotten enough years of experience under their belts to have deep wells of time-tested wisdom to draw from and share. They are guys I encourage you to seek out so that you can sit at their feet, listen, and learn. 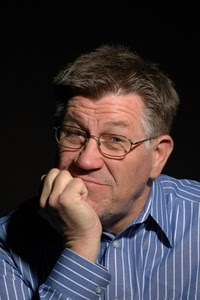 The first is Dick Staub. You can learn more about Dick at his website. I used to require his first book – Too Christian, Too Pagan – in all the undergrad and grad classes I taught. Students ate it up and consistently said that it transformed their thinking and lives in terms of who we’re called to be as Christ’s followers in the world. Sadly, that book is out of print. . . but still worth looking for. Then Dick released his next book, The Culturally-Savvy Christian, and once again students had the opportunity to soak up some wonderful wisdom on finding their place in God’s world.

The second is John Fischer. Perhaps you’ve heard me speak in the past about how as a 9th grade, I sat in the bleachers at a Philly high school and heard this long-haired guy with a guitar sing about Jesus. 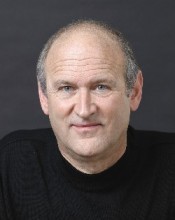 Just to get some context. . . that was a long time ago. Music like that was really cutting edge. I was 14 and John Fischer was 23. John then started to use his writing skills to go beyond music. Since then, he’s written several books. A few years ago I stumbled upon a copy of Fearless Faith and I was blown away. I began requiring students to read that book. The response was unbelievable. When have you ever heard an undergrad say to his prof, “Thanks for requiring that book! It’s changed me.”????? I heard that from several students over the years.

I thought I would pass on some quotes from the beginning of Fearless Faith that shatter so much of the conventional and erroneous thinking that has infected the church over the years:

“He doesn’t intend for us to be removed from the world, but to be protected in the middle of it. He doesn’t want us removed from danger, he wants us surrounded by danger on every hand – but safe from the evil one.”

“The prayers of Jesus are completely in accord with God’s will because he and the Father are one. If Jesus prays for our protection, then it is because he knows God fully intends to protect us. And if he prays for us not to be removed from the world, it is because he has no intention of rescuing us out of the world. This is not a well-intentioned wish on the part of Jesus. It is the will of God to leave us in the world and meet us with all the provisions and protection we need to be here and be involved in the world. Anything short of this is less that what God intends for us.”

“The more we remove ourselves from the world, the worse the world gets in the absence of a Christian influence and the stronger the argument becomes to stay away from the world. If we were training our children to understand and critically examine the world’s popular art, literature, music, and film instead of limiting them to safe Christian versions of these things, we might have a different world waiting for us in the next generation.”

John nails it. . . over and over again. I’ve come to love John’s thinking and message so much that a couple of years ago I approached him and invited him to consider serving on Associate Staff with CPYU. I was blown away when he accepted. I’m thrilled that John is now traveling and speaking on our behalf about true fearless and biblical faith. He’s a voice you need to hear. I hope that some of you would consider doing what you can to help others hear John’s message. If you’re interested in bringing John in to speak to your adults, young adults, college students, or other group, you can click here to learn more.

What are you reading? Who are you listening to? May I recommend Dick Staub and John Fischer?