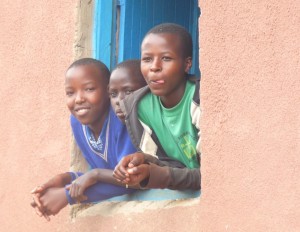 Even though I’ve discovered it’s sometimes incredibly painful, I want to keep being an “after” guy. I look at the “befores” of my life and I’m not happy they were ever there. I’m grateful for the transformational interventions that have exposed my “beforeness” and led me into the “afters.” I’m equally aware that my “now” is filled with “befores” that must become “afters.” In the realm of theology, this is called “sanctification.”

For me, Thanksgiving is a time to celebrate the work of salvation and growth God is doing in my life and in His world. It’s a time to thank God for the instruments he uses to expose my “befores” and lead me to the “afters.” Usually these instruments are people.

This year I want to give honor and glory to God by inviting each of you to jump into something with me that will allow you to not only express your gratitude to the King for what He’s doing in your life, but will allow you to become a person who triggers an amazing before to after transformation in a life desperately in need of such.

Here’s the challenge: You and I have been given much in terms of material blessing. In reality, it’s been entrusted to us rather than given. The God who’s entrusted it to us commands us to use it to further His Kingdom and His glory. Sharing the wealth with those who have none is one way to make that happen. Because of that, I want to encourage you to give thanks by committing to monthly sponsorship of a Compassion child. When Lisa and I traveled to Rwanda and Kenya with Compassion earlier this year, we were blown away by what a simple drop-in-the-bucket gift of $38 a month will do to take a child – and his/her entire family! – from before into after. 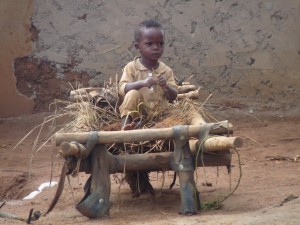 I snapped loads of pictures of kids while we were there. The “before” kids rarely smiled, weren’t getting an education, hadn’t had the opportunity to hear about Jesus and grow in the faith, struggled to live, and were generally locked in a level of poverty marked by extreme lack of health and well being.

What struck us most about the “after” kids who are being sponsored by individuals and families here in the U.S. through Compassion International is that they are happy, are getting an education, are hearing about Jesus, are eating, are getting medical attention, and are pursuing dreams that will release them from poverty and into self-sufficiency for the rest of their lives. 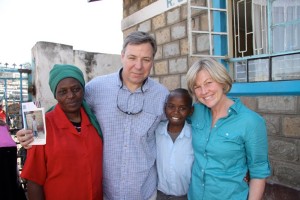 Our sponsored child, Ibrahim, lives in some of the worst conditions I’ve ever seen but is one of the happiest and most satisfied human beings I’ve ever met. We asked numerous kids, “Tell me about your sponsor.” In each and every instance, the child ran to grab a well-worn photo of their sponsor to proudly share with us. Then, the smiling child would proudly tell us the name and hometown of their sponsor. You can’t even begin to imagine what it means to these kids.

Because I’m passionate about Compassion and convinced of the deep needs they are meeting in young lives globally, I’m endeavoring to rally the troops in the hope that at least 20 of you will step up by Thanksgiving to commit to child sponsorship through Compassion. If you are willing to do so, simply click here (or use the Compassion banner on the left side of this page) and you can start the process of choosing the child you’d like to see transformed from a “before” to an “after.”

Second, a child and his/her family will be radically transformed – RADICALLY TRANSFORMED – from “before” to “after.” I’ve seen it, and it’s amazing.

And third, something will happen to you. The “before” to “after” transformation that will take place in you and your family as you engage in sponsorship is incredible. God will instill in you a heart for His world and bring you great joy. I’ve experienced it, and it’s amazing.

Again, my goal is 20 kids sponsored by Thanksgiving. I’ll keep you posted on our progress. If you’re already a Compassion child sponsor, why not take a few minutes to comment below by sharing what sponsorship has meant to you. And if you’re a person who decides to sponsor a Compassion child and join us in meeting the goal, would you leave a simple comment below by telling us why you’re taking this step to change a life?

Thanks for considering this request!