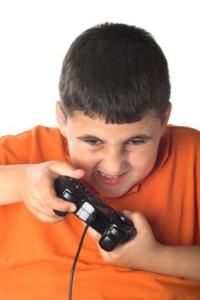 It was back in late 2004 when the Kaiser Family Foundation released their groundbreaking study Generation M: Media in the Lives of 8-18 Year-Olds. Since then, that research has served as the most extensive and helpful picture into how kids engage with their snowballing media world.

If you’ve sat in on anything I’ve presented since then, you’ve most likely seen and heard me refer to many of the study’s findings. It’s pure gold. Over the course of the last couple years, my referencing has included a clarifier: “This is from 2004. But it’s the latest and best we’ve got. I can’t wait for Kaiser to unleash the new stats because we know they’re going to be markedly different.” That “it-doesn’t-take-a genius” statement proved true yesterday when the Kaiser Family Foundation released the long-awaited latest. . . that is now the best.

Generation M2: Media in the Lives of 8-18 Year-Olds offers an amazing window into a world that we suspected was out there, confirming many of our suspicions along with shedding light on some things that we didn’t know were actually happening.

Several of you have asked me to comment on what the study reveals. I’m still working to dissect it all, but have gone through it enough to be able to pull out some highlights to pass on in this context. First, however, let me encourage you to 1) download and read the report – it’s worth your time, and 2)glance at the slideshow the folks at KFF have posted online.

-Lest you think this includes time spent engaging with media in the school environment, think again. The research results reflect “recreational use.”

-If you spend any time with kids at all, you won’t be surprised by the fact that mobile media has really changed the way kids engage with the media world. 66 percent of our kids now own a cellphone, up from 39 percent in 2004. 76 percent now own an iPod/MP3 player, up from 18 percent in 2004. And laptop ownership has increased from 12 percent to 29 percent. Media now travels with them. Unlike those of us who are older, teenage media use decreasingly tethers them six to eight feet from an electrical outlet. Consider how that has changed the way they have TV content delivered: they are accessing it on mobile devices including their cell phones, iPods, and laptops.

-There are significant differences in media use related to ethnicity: 13 hours of total media exposure per day for Hispanics, 12 hours and 59 minutes for Blacks, and 8 hours and 36 minutes for Whites.

So what does this mean? Here are some thoughts. . .

First, if you’re a youth worker, get this info in the hands of your parents. Remember, they are primarily responsible for the the nurture of their children. Get them the info, and offer them some suggestions, particularly in regards to setting media use rules in the home.

Second, recognize that media is not an evil thing. Rather, it’s how we use it that’s the problem. Using too much, using it in ways that hurt us rather than help us, and using it to access stuff that glorifies the world, the flesh, and the devil. . . well, that’s where we get into problems. 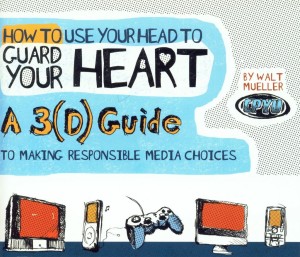 Third, do something about it. The “something” we’ve been trumpeting for years is “media literacy.” Simply stated, we are responsible to teach and equip kids to integrate their faith into ALL of life. That ALL includes the growing amount of media time that for some, is ALL of life. But how? This is where I want to encourage you to find out about the tools we’ve carefully developed and tested over the years to teach kids to think Christianly and critically about all the media they consume. Our How to Use Your Head to Guard: A 3(D)Guide to Making Responsible Media Choices does just that. You can access a free Leader’s Guide for this tool here. For those of you working in public school or other non-sectarian settings, we’ve developed a version of the guide – Minding Your Media: A 3(D)Guide to Making Responsible Media Choices – that teaches kids media literacy skills based on the timeless virtues. You can access a free Teacher’s Guide for that version here. All of these tools are available in our CPYU Resource Center. (We’ve already gotten them into the hands of 38,000 kids, and a new print run hot off the press arrived in our office today.)

And finally, do something about it. . . in your own life. Take a look in the mirror to evaluate how you’re using media along with how much media you’re using.