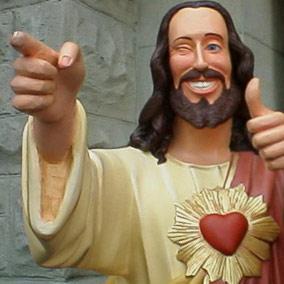 Just when I think I’m finally getting it, it gets me. Yesterday included a moment of frustrated panic here in the office when I logged onto Facebook. I started taking the familiar path to our CPYU page in order to post an update. The first thing I noticed when I signed in was things were looking different. . . . again. Why is Facebook always making these changes? Then, when I was instructed (or more accurately forced) to update my info by going through some very confusing steps, I couldn’t even find our CPYU Facebook page. After consulting with an equally confused Derek, we made our way there.

A little while later, I went to shorten a URL on bit.ly – something I learned how to do just a few months ago, and it was finally becoming routine. I quickly see that they’ve changed things around as well! Come on people. You’re killing me here.

Why do we always have to be upgrading? Sure, I love it when things are improved. But I’ve got this gnawing sense that a growing amount of change is change for change’s sake. Or, perhaps we’ve become so conditioned to change that what we believe is “so yesterday” is not “so yesterday” in terms of what that phrase meant 10 years ago (when “so yesterday” was literally 10 years ago). Rather, today’s “so yesterday” literally means yesterday. And yesterday is not good enough for us. Marketing has conditioned us, hasn’t it. We’re spiraling around in this vortex and either we don’t know it, or when we do figure it out we make no effort at all to get out.

It’s painfully obvious that this phenomena has influenced styles and the way we spend our money. Lately I’ve been wondering if it hasn’t also influenced our faith. Because we’re so conditioned to scurrying from the new to the new in every other area of our lives, I wonder if we’ve been socialized into scurrying from the new to the new as we follow Jesus. . . leaving us following the new while thinking we’re following Jesus, rather than really following Jesus. If that’s the case, what a brilliant thing it is that the enemy is doing. The problem is not with new things or new ways of doing things. That’s not it at all. The problem is with becoming a slave to the new. . . and mindlessly writing off the “old” just because its not new.

Two things I’ve encountered recently made me think about this some more. The first was a meeting I had with some pastors a few weeks ago. I was talking to them about youth culture. I told them that so much of what we do in the church as we work to reach kids in a changing culture is to focus on being culturally relevant. What that usually translates into is nothing more than a marketing effort (how the place looks, the way we look, the way we sound, our tech stuff, etc.). Consequently, we get locked into strategizing for relevance more and more, while thinking less and less about the things that are more important. What I told these pastors is that it doesn’t matter what you look like, how you dress, how old you are, etc. What kids respond to are relationships. What pastors need to be about is a growing knowledge of the Word and a growing knowledge of the world. What happens is that we are culturally informed, and what results is an ability to relate that makes us culturally relevant. One very brave middle-aged pastor in the room responded with great honesty as he confessed the reason for walking around with his shirt untucked while not liking to have his shirt untucked. He was untucking his shirt because he thought that was one key to connecting with people from the front in today’s world. I think what we’ve done is caved in to the need to be sexy. . . which warrants fast-paced change in terms of style. . . leading many to slowly focus less and less on substance. . . . usually without even knowing it. By the way, it’s all with good intention. But good intention should never replace careful consideration, deep theological reflection, and thorough thoughtfulness.

The second was a tweet I encountered the other day that was absolutely brilliant and painfully honest. Someone wondered out loud – “Sometimes I fear that I respond to fancy lights and great music more than the Spirit of God.” Sure, the individual needs to take some blame. But if we’re all about sexy, if we avoid what’s so yesterday, if we are obsessed with employing the latest and greatest in our ministries, I believe that this brilliant tweet states what we’ll be nurturing our people into.

While pondering these things my thoughts began to center on all the youth ministry and ministry conferences we create and attend. I’m a part of many of them. If we were to divide the direct teaching content into two categories – strategies and theology – and put them both on opposite ends of a balance scale, which way would it tip? Again, strategies are essential. But without a theological foundation informing, shaping, and bordering those strategies, we risk seeking and creating outcomes that make the enemy snicker with joy.

Changing for the sake of change is something we should never do. Change to better communicate the Gospel is something we should always do. But we should never do it if the Gospel winds up getting supplanted, watered-down, or lost in the haze of the lights, the smoke from the machines, the sound of the music, the awesomeness of the technology, the results of the latest extreme makeover of the performers on the stage, or the image in the mirror that we work so hard to cultivate.

While chatting with my good friend and thoughtful buddy Duffy Robbins about this yesterday, he got to talking about neophilia. A neophiliac is someone who is in love with new things and that which is novel. Could it be that we’re doing a better job of nurturing Christian neophiliacs, than we do nurturing deep Christians?