I always get a little nervous about talking about things like this. . . the “this” in this case being the latest Skyy Vodka print and billboard advertising campaign that was announced today. Sure, there’s concern about kickback from our friends who think that we shouldn’t be looking at or talking about things like this. But for me, it’s more the way the old cliche – “any publicity is good publicity” – might play out because I’m telling people about something I think they should be aware of.

Let me make this short and sweet. This new ad campaign leaves little to the imagination. For that reason, kids will be looking at and talking about this ad. . . which is exactly why we should be doing the same. . . with them. It might not be the teachable moment we had hoped for, but it’s a teachable moment nonetheless. 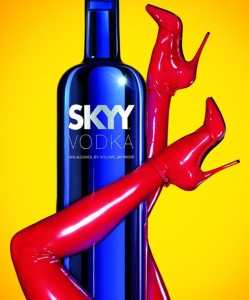 Chris Wagner, our Director of Media Resources, pointed me to this story today. He reminded me that I had just penned a Trend Alert on kids, alcohol, and an alarming new way some kids are reportedly abusing Vodka. Timely, I guess.

And by the way, if you’re wondering where you can find that upcoming Trend Alert, you have to be subscribed to our weekly Youth Culture e-update. Don’t worry, it’s free. And because we’ve got another free new monthly resource we’re about to announce that will include this Trend Alert, you might want to sign up now. Just click here to sign up.