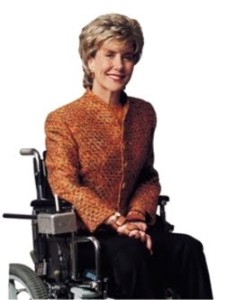 A friend recently told me I should have seen it coming. “Go back and read what you’ve been writing for the last couple of years, particularly on your blog. It’s almost spooky!” I had been pondering and reading about suffering, pain, and heartache. . . whether physical, emotional, or relational. Circumstances that under God’s sovereignty had visited my life were forcing me to reckon with the place of difficulty in our lives. I now know that much of that journey was preparation for the physical challenges I’ve had to face oveer the last 9 weeks.

Several days spent in the hospital being surrounded by suffering far worse than my own forced me to ponder these things anew. I soon realized that I had been telling parents and youth workers to “pray for difficulty” to come in their kids’ lives. Why? Because difficulty strips away the idols of our times so that we can seek, see, and embrace Jesus as we have been created to seek, see, and embrace Him.

Last Friday, I woke up and decided to go to our local Panera Bread in order to do some work in preparation for my first post-accident speaking engagement this week. It wasn’t long before I realized that my trip to Panera was less about my preparation, and more about running into a couple of grieving women I know. One lost her husband to cancer just a couple of months ago. She teared up as we talked, all the while affirming God’s work in her life in the midst of her pain. She ministered to me.

The other woman is the wife of a retired missionary. He’s a Godly man who even in the midst of his suffering with debilitating Parkinson’s Disease, would still pick up the phone and call me to encourage me in my work with CPYU. A few days before, I had been thinking it was time for me to visit this man whose body has been increasingly failing him for years. When I asked his wife how he was doing, she informed me that he was most likely hours or days away from passing into eternity. I went to see him that afternoon. It was difficult.

Both were reminders of the fleeting nature of life. . . a life that sometimes hurts deeply, and always ends in physical death.

How thankful I was for Joni Ereckson Tada’s words in the most recent edition of Christianity Today Magazine. Most people are familiar with Tada’s story of a teenage diving accident that left her paralyzed when she was only 17. Now 60 years old, Tada is 10 years into a battle with chronic pain and a few months into a breast cancer diagnosis. She’s released a book I want to read, A Place of Healing: Wrestling with the Mysteries of Suffering, Pain, and God’s Sovereignty.

The interview is powerful. Perhaps these words from Joni Eareckson Tada will challenge you as they have challenged me: “I keep thinking about I Peter 2:21: ‘To these hardships you were called because Christ suffered for you, leaving you an example that you should follow in his steps.’ Those steps most often lead Christians nto to miraculous, divine interventions but direclty into the fellowship of suffering. In a way, I’ve been drawn closer to the Savior, even with this breast cancer. There are things about his character that I wasn’t seeing a year ago or even six months ago. That tells me that I’m still growing and being transformed. I Peter 2:21 is a good rule of thumb for any Christian struggling to understand God’s purposes in hardship.”