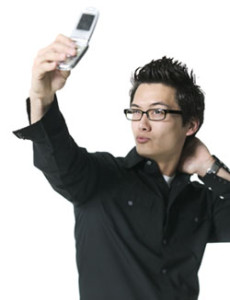 Bad news for people who are all about having all eyes on them. According to this morning’s paper, the psychiatric community has decided to stop paying attention. It seems that Narcissistic Personality Disorder has been dropped as a diagnosis from the latest edition of the DSM – the Diagnostic and Statistical Manual of Mental Disorders. Added to the DSM thirty years ago, the disorder is defined as “a pattern of traits and behaviours which signify infatuation and obsession with one’s self to the exclusion of all others and the egotistic and ruthless pursuit of one’s gratification, dominance and ambition.”

Fact is, we do apply the labels “syndrome” and “disorder” in ways that extend the legitimate use of those words so that we can blame others or environment for our own sin and poor choices. So maybe it’s a good thing the diagnosis has been tanked. But I’m led to wonder if maybe this Narcissism stuff is so widespread, that it’s now normal to be self-centered. . . so normal in fact that the next addition to the DSM might be something related to other-centeredness. Just a thought.