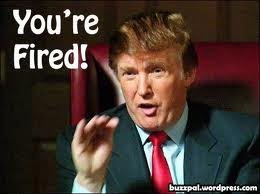 The other night I was telling my family that I wish I had a good nickname. The conversation was prompted after my girls had convinced me to watch the Justin Bieber movie – “Never Say Never” – (Ok. . . good to get that off my chest!)and we were introduced to “Scooter,” the guy who manages Bieber. I’m always curious about how people get their nicknames. “Dub” is a guy whose name begins with “W,” which means that could have worked for me. “Rusty” is a red head.” “Lumpy” is. . . well. . . lumpy. You know how it works.

The youth ministry firing topic got some attention last week on my buddy Doug Fields’ blog. Doug blogged on a youth pastor named Mike Lewis who shared his story, which Doug posted. I don’t know Mike, but I feel for him. In an amazing show of compassion and support, several of Mike’s peers ministered to him and encouraged him through the comments and stories they posted in response to Doug’s blog. Doug made a good point, encouraging us to pray for our brothers and sisters who have been “hurt by churches.” Yep. It happens way too much.

Now please understand that what I’m about to say is not a corrective to Doug or a disagreement with him. Nor is it in response to my evaluation of Mike (I haven’t evaluated Mike!) and why Mike lost his job. And, it’s not in response to anything written in the comments to Doug’s post and Mike’s story. Rather, what I’m about to say is prompted by how Doug’s blog got me a) digging into my own memory of my personal youth ministry history, and b)thinking about something I’ve been picking up on more and more in our youth ministry circles.

First and foremost, I was a bonehead, jackass, and fool. Simply stated, I thought I knew far more than I knew, I thought the older people in my church knew far less than they knew, I was proud, and I did way too many things that I shouldn’t have done. To be honest, I’m still struggling with some of those decisions I made over thirty years ago. In hindsight, I’m grateful for the advances made in the area of brain imaging. You see, if the human brain isn’t fully wired until about the age of 25 or 26, then I was attempting to function in the adult world with a pre-frontal cortex that was functioning way below adult capacity. But that’s no excuse – really. I was who I was and I did who I did because I chose to be who I was and do what I did. If people only knew, they would have called me out. Yes, there was one youth ministry job that lasted only a year. I walked away from it because I was getting my hands tied behind my back. I was called into the office and told that I was doing a great job, but I was talking way too much about Jesus. After sitting through a church board meeting where the room was evenly divided between supporters and detractors who were arguing it out, I went back to my apartment and made the decision to hang it up and move on. If I hadn’t, I think I might have been one of the far too many stories of people who get fired for all the wrong reasons.

Which leads me to my second observation. . . the one about the youth ministry world in which I now live and move. I wonder if there aren’t times when we play the victim, when in reality we’ve been the perpetrator. Maybe we rely on the “hurt by the church” thing when in reality the people at the church could have been more than justified in calling us “Bonehead,” “Jackass,” or “Fool.” Let’s be honest, we live in a culture where the younger we are the more we’ve been encouraged to do our thing with waning respect for authority. If that’s what we embrace – perhaps unknowingly – then it’s no wonder that conflict follows us wherever we go. One of the commenters on Doug’s blog reminded me of what Mike Yaconelli once said. The commenter wrote, “Mike Yaconelli once said that you are not a real youth pastor until you have been fired twice.” That never sat well with me for the simple reason that it might be used as a justification for embracing a cavalier or maverick “know-it-all” cocky attitude. I would add the words “for illegitimate reasons” to the end of that Yaconelli quote to redeem it.

Again, this is a complex issue and my comments are not in reaction to anything Doug or Mike have said. Rather, this is about me and my history, along with a growing sense of something dangerous that’s building momentum in the world of youth ministry. One thing I know I’d do differently if I had it to do all over again would be this. . . I would make every effort to realize that because I’m a young guy, I’m going to be pretty idealistic and fairly non-diplomatic. I’d also make every effort to realize that my ministry superiors may be of the age where their idealism has been tempered by years of experience, a heavy does of realism, and some accumulated wisdom. Then, I’d go out of my way to do everything I could to appreciate them for who they are, work within the bounds that their authority over me allows, and to pursue ministry with great passion. I would hope and pray that that kind of approach would generate a respect for me that would be well-deserved. . . and we would work well together. . . to the Glory of God. . . for a long, long time.