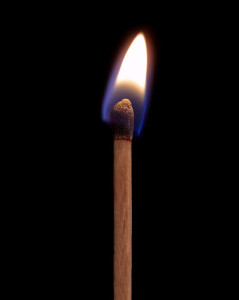 The Anthony Weiner drama continues to unfold. While some are saying the story needs to simply go away, I disagree. It’s a story that needs to stay, be deconstructed, and be pondered as it’s really a story about the convergence of fallen human nature, new technologies, and issues we all must face and address in our own lives. It’s a story about things here now and a story about the shape of things to come. How we respond to this story today will shape whether or not these same issues are even story-worthy in the future.

Our Lancaster, PA Sunday News ran this headline on the front-page a couple of days ago: “Internet infidelity?” Reporter Suzanne Cassidy sought answers to the question as our culture debates whether or not Weiner’s actions constitute cheating or adultery. After all, Weiner never met, touched, or had intimate physical contact with any of the females who received his sexually explicit photos and messages.

We live in a day and age when those who still believe moral absolutes and standards exist often times wonder “how far is too far?” Our inclination to indulge ourselves while still recognizing that there are fences and boundaries turns us into “moral surveyors” who set stakes which mark boundaries that we then walk up to and never cross. . . assuming all the while that if we can somehow discipline ourselves to keep from crossing that one millimeter wide threshold. . . well, we’re still safe. Those of us who grew up in the church debated and discussed those lines as they pertained to sexuality all the time. As a youth pastor, I overhead and stepped into those discussions on a regular basis. I’m now convinced that for both myself and for my students, we were nobly seeking to combine obedience and faithfulness to God, with the overwhelming urges we were feeling and wanting to indulge. Bad news about it all is this – this ethical jockeying didn’t end with our last day in adolescence.

So, we still play these games on a number of fronts. I’m guessing Anthony Weiner knew that he was playing with fire, but he was being very, very careful with the matches. His story, however, reminds us that we shouldn’t even be playing with matches.

Suzanne Cassidy’s article offers some tremendous insights from the folks she interviewed. One local marriage and family therapist, Joan Sherman, said this – “If you have to hide what you’re doing from your spouse, it’s probably cheating.” Agreed.

I recently penned an article for Youthworker Journal on emotional affairs. My intent was to warn youth workers for the simple reason that they are very, very susceptible, especially in a day and age when we have the ability to connect to others in quiet and hidden ways via technology.

Several months ago a friend told me the sad story of having to deal with a sibling who pursued an emotional affair. It was devastating to an ever-widening circle of people, starting with those closest. Nobody won. Another told me an identical story and then asked me if I had read Dave Carder’s book, Torn Asunder: Recovering From An Extramarital Affair. I had never even heard of the book. Still, looking ahead to a world where this kind of stuff was sure to be even more widespread, I ordered the book. It’s arrival turned the heads of my kids. . . understood. . . but their seeing the book afforded me the opportunity to seize the teachable moment and offer some warnings about universal temptations that they would most certainly have to face at some time in their lives. Better to recognize that fact and prepare now, rather than having to try to muster up a God-honoring response when you find yourself stuck in a situation with your defenses running on fumes.

I went right to the chapter on emotional affairs that had been recommended by my friend. My friend also told me that in processing his sibling’s journey that he had learned and seen that emotional affairs can be far more dangerous and damaging than a sexual affair or one-night-stand for the simple reason that a person’s emotions are wrapped up and around what’s happening. I had never thought about that before, but it makes total sense. In conversing about Anthony Weiner last evening, my daughter-in-law mentioned that she had once seen the results of a survey which indicated that married women would rather hear that their husband engaged in a one-night stand over and against hearing that he had been having coffee with his secretary. I’m not sure you can really rank the two, but the fact is that both are really damaging, dangerous, and wrong.

Let me pass on a couple of recommendations. First, I would recommend Dave Carder’s book, Torn Asunder. And, I would recommend it to everybody. Okay, I know. . . the subtitle says it’s about “recovering from an extramarital affair.” But books like these are helpful for us all. I find it to be very helpful to learn as much as a I can about dangerous roads people have traveled as an exercise that God uses in my life for preventive purposes. You learn some great guidelines for what to do and what not to do.

Second, I would grapple with, ponder, and enlist some technology-use strategies recommended by Tim Challies in his book The Next Story. Tim writes, “Be visible; be accountable; be real; be mature. And always distrust yourself. It may sound harsh, but be willing to doubt your motives, your heart.”

My name’s not Anthony Weiner. But he and I suffer from the same disease. We all do. Which is why we need to stay away from the matches.